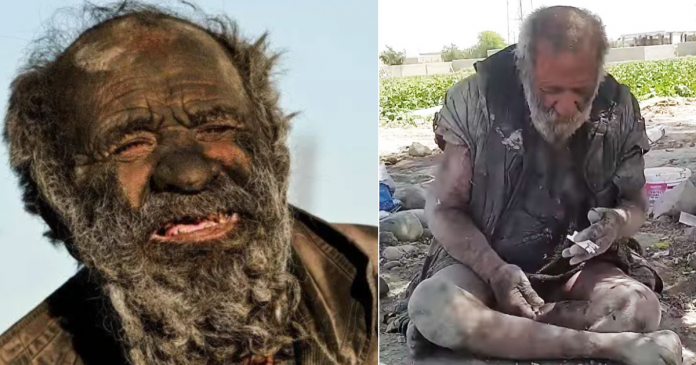 94-year-old Amou Haji was left heartbroken when he lost his wife to the plague in his 20s. Since his wife passed away, he stopped bathing to retain her smell on him.

When we are not able to bathe for a day, we feel uncomfortable and would not like to leave our house until we do so. Bathing is our daily necessity, and it keeps us clean and protects us from common sicknesses.

Although, photos online have emerged of a man who has not bathed for 67 years! He admits that he stopped bathing when he was 20 years old and has gone through life with poor hygiene.

He lived the rest of his life like a hermit, living in a cave in the desert of Iran. Since his environment was considered poor, he was tested for diseases and other common sicknesses.

Surprisingly, his test results were all normal and he is healthy, with health inspectors suspecting that he has a strong immune system. 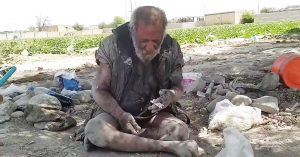 According to reports, Haji eats animals killed on the road, such as rabbits, pigs, porcupines, and the like. He resorts to water puddles for his refreshments and smokes cigars made from animal feces.

Haji has not bathed for 67 years since he believes that it would bring bad luck. When news of Haji reached the medical research team in Dejgah Village, Fars Province, the staff tested him for major sicknesses such as hepatitis and AIDS and studied him for any bacteria or parasite infestations.

All tests were negative. He had no major diseases, although they found an asymptomatic trichinella infection in him. 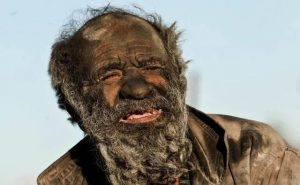 Haji revealed that when he married, he was happy with his wife, and they were going to start a good life together as a couple when she died due to the plague.

His only memory of her was her smell, and never bathed since she passed. Although Haji does not wash, he likes to look at himself in the mirror to trim his hair and beard. 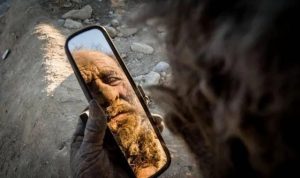 In 2014, citizens who met Haji made a brick shack in the desert for him. When they made him bathe for the first time in years, he fell ill.

When the locals brought him to a nearby river to bathe, Haji literally jumped out of the car.

Though they succeeded in bathing him, Haji got sick and soon passed away at the age of 94 on October 25. The locals held a proper funeral for him in Farashband City, Fars.