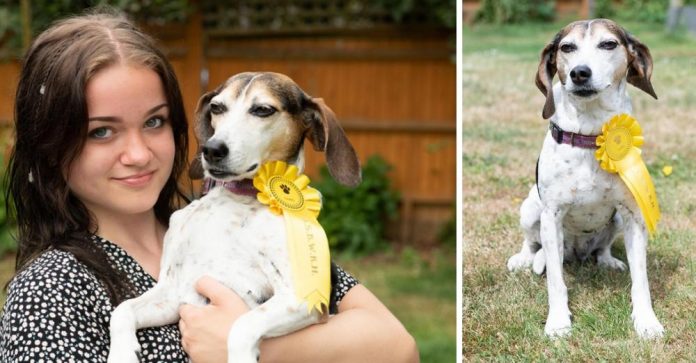 It is devastating for owners when a pet who is considered a member of the family goes missing. They anxiously seek help from other family members, friends, and even neighbors to search. More often than not, it is a stranger who responds and reunites the lost pets with their respective families.

A 5-year-old beagle rescued from Crete, Greece, named Bonnie, went missing on Sunday morning, July 10. The owners, 52-year-old Peter Closier and his wife, 48-year-old Paula Closier, both Dental Technicians, and their daughters searched the vicinity of their home in Bolney, West Sussex, and could not find her anywhere. Their neighbors helped in the search, including local veterinary clinics and the police, but to no avail. 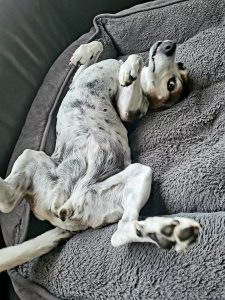 “I was walking back to the kitchen when I saw the gate had swung, and I thought, ‘Oh no!’” Peter said. “She had no collar on. We had taken it off the night before. Someone must have picked her up within about five minutes of her getting out. Our three-hour search was totally fruitless. My wife had been phoning everyone from the police to the vets and dog warden.”

Bonnie must have wandered into areas unfamiliar to her, since she could not find her way back home. Fortunately, she crossed paths with a good samaritan named John Wilmer, who was taking his own dogs to a rescue dog competition in Felbridge, Surrey. He was running late for the event and had no time to search for the beagle’s owners. He then took Bonnie along to join the competition, too. Before the event began, he took photos of the beagle and posted them on Facebook. Paula Closier immediately saw the post and responded, saying Bonnie was hers. Realizing that everything would be fine and the beagle would be back with her family after a few hours, Wilmer decided to give Bonnie the best day of her life. 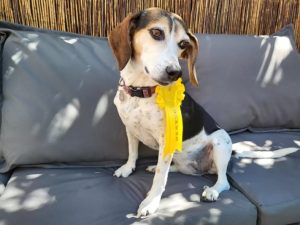 Bonnie joined the rescue dog competition and landed in 3rd place, winning herself a yellow rosette.

“All along, she had been picked up by this guy who had seen her running along the side of the road,” Peter recalled. “He was running late for the dog show and said on a Facebook page: ‘Does anyone know this dog?’ My wife saw it a couple of hours later. As soon as he knew everything was going to be OK he thought, ‘I might as well enter her into the best rescue dog competition’. We couldn’t believe it. You could not make it up. Bonnie was absolutely fine when she got back. She just thought she was having a great day out.” 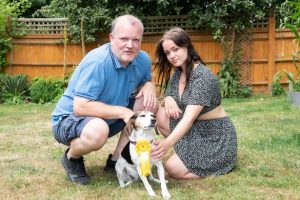 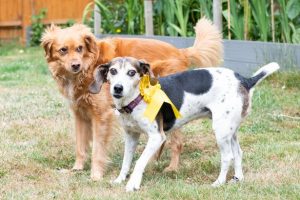 A few hours after the competition, Bonnie was reunited with her family and her other sibling named Cleo. For her, she never realized she was ‘lost’. The beagle only thought she had the best day out ever! “When she was missing before, I had five different outcomes in my head, the best being that she came back,” Paula Closier added. “This was even better than that; she came back with a rosette. We found her adventure lovely and funny.”

Now that the family knows Bonnie is qualified to join dog competitions, are they still willing to allow the beagle to join similar events in the future? “We might,” Paula Closier said. “She obviously enjoys them.”