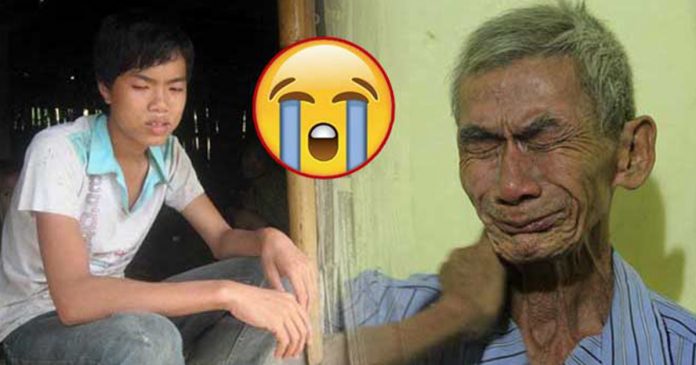 An elderly man known as Grandpa Zhang had a very dutiful child named Zhang Jun. He was a proud firefighter and had received many awards for his service. Grandpa Zhang was unbelievably proud of his son and he’d smile happily every time he had the chance to talk about his boy during conversations with relatives and neighbors. 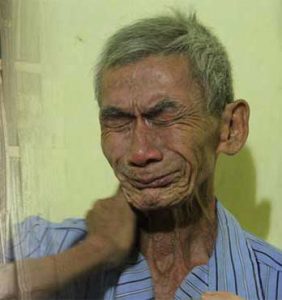 Every day Zhang Jun’s father would tend to his garden where he grew a variety of vegetables. He would cook and eat the vegetables he grew. Zhang Jun would give his father a portion of his monthly income so that his father could live quite a comfortable life. When Zhang Jun was first accepted by the fire brigade a few years ago, he would come back and visit his father on a regular basis.

Each time his son would think of coming home, Grandpa Zhang would hurriedly say “If it’s only 1-2 days off, it’s better not to come home, I know you miss me but it would be too much trouble for you.”

Zhang Jun would disagree saying “It’s okay father, you’re all alone at home. Even though I am busy with my job, I need to know you are well and healthy.”

“If I don’t do that at least, I won’t be fulfilling my duties as your child” 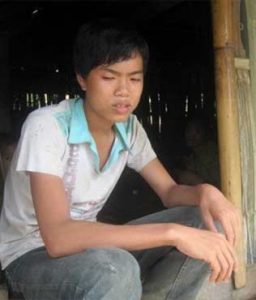 It is because of this reason that Zhang Jun would make the time to come home and visit his father in the village he grew up in. His visits became less frequent though and at one point, Zhang Jun did not see his father for almost five years.

Grandpa Zhang became increasingly worried about his son when he did not receive even a phone call from him in a long time. He made a call to the department where his son was working and a personnel on the other line said Zhang Jun was currently occupied and that he would pass the message along.

Hours went by before Zhang Jun finally called his father. He said, “Father, in the next few years, I don’t think it’s possible for me to come home. You do not have to worry about me father, I will still keep sending you money so you can live comfortably. Ah, I have to go, the department needs me”

Although his son said he was busy and the phone call was less than a minute long, Grandpa Zhang had calmed his nerves and felt better when he knew his son was alright. Days turned into years and soon enough Grandpa Zhang became older and frailer. His son never missed sending money to his father every month. Zhang Jun did not visit his father in the next five years either.

One day, Grandpa Zhang’s health took a turn for the worse when he experienced immense chest pains and had to be rushed to the hospital. The doctors told him that at the rate his health was deteriorating, he would not have much longer to live. Grandpa Zhang had made peace with the prospect of his life coming to an end because he believed he lived a fruitful 65 years.

He knew that his health was getting worse and was not surprised to be told that he may die soon. He had had a feeling that this would happen and was resigned to the inevitable end of his life. He only hoped that he could see his son one last time before he passed on.

Grandpa Zhang called his son’s fire department and quickly got through. He said “son, you’re mother is waiting for me to come see her. I don’t have much time left. Please, can you come home soon?”

“Son, your mother wants me to go see her, Daddy can not wait any longer, can you come home for the last time before you leave?” 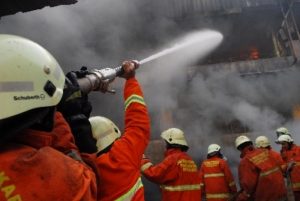 The line went quiet as the recipient was silent for a moment. He then heard a soft voice on the other end of the line saying

“We’re so sorry, grandpa. Your son, he died in a blaze when he tried to save us five years ago.”

“We know Zhang Jun was very devoted to you and he repeatedly kept telling us to not tell you the bad news grandpa.”

Grandpa Zhang’s hands began to tremble as he let the phone fall to the ground. He remembered all those years he hoped for his son to come home and how disappointed he was when Zhang Jun could not even call him. Warm tears streamed down his face and soon, Grandpa Zhang was sobbing uncontrollably grieving over his dead son.

He thought to himself “My boy, you were so young, you are not married yet… you never had the chance to really live life… to start a family… to say goodbye” Grandpa Zhang’s heart ached.

He felt like he could die at that very moment because he was consumed by grief. His hands and body continued to tremble but then he smiled. He knew that since his time was almost up, he would be reunited with his wife and son in the afterlife. 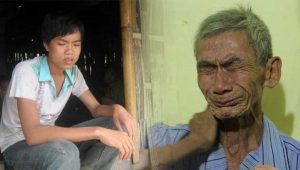 Grandpa Zhang did not last through the night and by morning he had peacefully passed on. He looked content, holding a picture of his family in his hands. Hopefully he reunited with his family and they are happily together in the heavens.