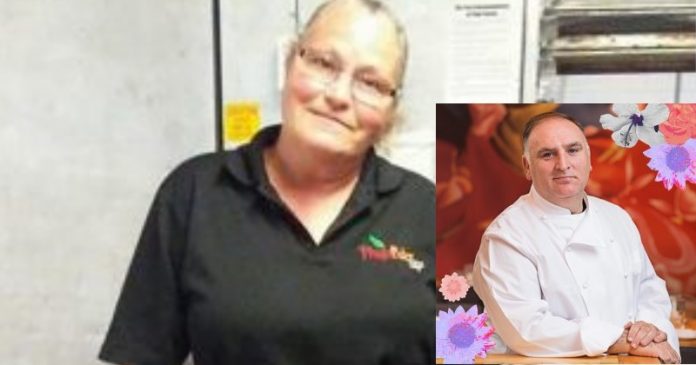 Bonnie Kimball had worked at New Hampshire high school for four years before she was fired for letting a student take food without paying.

According to CNN, the district manager of Café Services, the food services company which employed her fired her and said that what she did was “theft” although the student she helped paid his lunch tab with a total of $8 the following morning.

The food services company and the high school have offered to rehire Kimball after the incident.

However, Kimball refused to take the offer.

“They’re not doing it for me, they are doing it to save face,” Kimball told CNN.

Even though the incident left Kimball unemployed, another job offer is waiting for her as Chef José Andrés wants to hire her after he found out about her actions.

Andrés who has helped provide millions of free meals to furloughed federal workers and natural disaster survivors wanted to get Kimball who he dubbed as “hero” on board.

New Hampshire school cafeteria worker fired for giving food to student who couldn't pay – WHBQ! The hero is Bonnie Kimball! If she needs a job we have openings at ⁦@thinkfoodgroup⁩ if you know her, let her know! ⁦@NewHampJournal⁩ https://t.co/o7JHXgRtn6

“If she needs a job we have openings at @thinkfoodgroup,” he said on Twitter. ‘If you know her, let her know.”

ThinkFoodGroup is the company behind Andrés’ hotels, products, initiatives, and restaurants. His business spans from Washington D.C. to Los Angeles, Vegas, Miami, as well as Puerto Rico and Mexico City.

Andrés who was named one of the Top 100 “Most Influential People” by TIME also owns World Central Kitchen, a non-profit that helps give free meals to people who are affected by natural disasters around the world.

We're humbled to be honored tomorrow at the @FloridaGHC for our work during Hurricane Michael. Working with @baycountyem, #ChefsForFlorida served 150,000 meals to families affected by the category 5 storm. Learn more and support us at https://t.co/hx7bV1eYMZ! pic.twitter.com/9pDR3lQ4bS

He also stepped up to help federal employees during the Washington crisis by offering free sandwiches at any of his restaurants.

An 86-year-old Flight Attendant who Worked for 65 Years Talks About How She Loves Her Job and the Transition of Its Technology Through the...