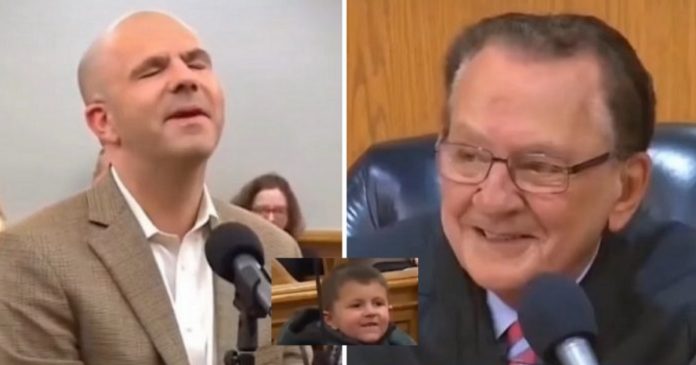 Apparently, his son respected the law in court and “betrayed” his father by telling the truth. The little boy also confessed that his dad did not beat the red light for the first time that day. He also told the judge that his father was speeding, causing laughter inside the courtroom.

84-year-old Frank Caprio, a judge in Lovidon, Rhode Island, is known for having empathy for defendants and has a great sense of humor. Hence, he has become popular and loved by the locals. He has also become an internet celebrity. Recently, Judge Caprio handled the case of a father (the defendant) who beat the red light while speeding his SUV. During the trial, his own son’s honest words caused laughter in the courtroom and embarrassed the father.

The TikTok video showed Caprio first showing the video recorded from a public CCTV wherein a black SUV ran through a red light. After watching the video, the little boy giggled.

Here is the hilarious conversation between Judge Caprio and the little boy:

Judge Caprio: Did he go through the Red light?

Little boy: He went through the red light again today.

Judge Caprio: Does he speed, too?

The people in the courtroom, including the judge, burst into laughter. The defendant, realizing that he was “betrayed” by his own son, closed his eyes in disbelief.

The video instantly went viral, with netizens leaving comments such as:

“I would not dare take my children out and speed like that.”

“Parents should set a good example to children.”

When you are driving, follow traffic rules, or your license will be confiscated. When with the children, set good examples that they can follow when they arrive at the age that they can drive a car.