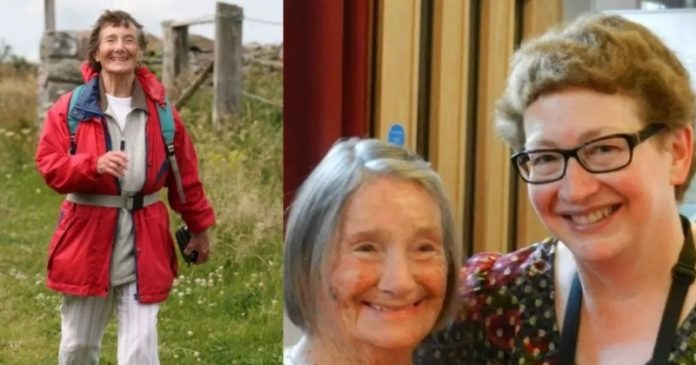 A “toyboy” who is 23-years younger married a 91-year-old woman suffering from dementia without the consent of her children, leaving them with nothing but a $251,500.00 legal bill.

91-year-old Joan Blass from Britain, who suffered from dementia when she was still living, met Colman Folan in 2011, a man 23-years younger than she. He pursued her, which ended in a relationship and secretly married her without the consent of her children. Unfortunately, Joan passed away 5 months after their marriage, leaving Folan with US $264,150.00 worth of inheritance, which was originally to be distributed among her 2 grieving children.

Under the UK Law, inheritance automatically goes to the spouse, albeit with the consent of the children

Joan married Folan in 2015 without the knowledge of her children, and the new “husband” permanently moved into her home. Unfortunately, her original “will” was voided due to the marriage, and her inheritance was given to Folan, including her wedding dress, when Joan passed 5 months after their wedding. Joan’s 2 children, assuming that their mother was deceived by the “toyboy,” filed a lawsuit in court, but unfortunately was dismissed due to lack of evidence.

Joan’s daughter, Daphne Franks of Skipton, North Yorkshire, claims that they only knew of her mother’s marriage 3 days after Joan’s death. Before the marriage, she remembers her mother calling Folan “Laddo” and questioning her about who Folan was. Daphne then realized that her mother was unaware he was living in her home, she did not know his name and where he was from.

“Mum never seemed to know he lived there,” Daphne said. “She was asking, ‘What is his name? Where did he come from?'”

Colman lived in Joan’s home until after she passed. Additionally, he did not invite Joan’s children and relatives to her funeral and buried her in an unmarked grave, which sparked anger in her children.

Folan claims he is the “innocent victim”

Colman Folan declined to comment on the allegations made by Joan’s children, though stressing that Joan was capable enough at the time to make decisions for herself and married him. Playing the victim, he expressed anger for the treatment he received from her family.

Since the unfortunate incident, the family has been pushing for action to reform marriage laws against “Predatory Marriages” and protect the marriage rights of elderly people with dementia. To this day, Daphne still fights to seek justice and is committed to promoting the reform of marriage laws in the United Kingdom, to avoid more tragedies like theirs in other families.