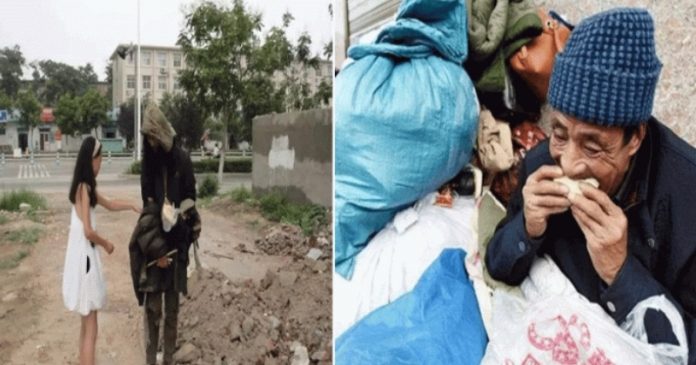 A young girl named Ayun lives in the mountains. She is the first girl in her village to be accepted into a university. It has always been boys who were favored over girls when it came to the countryside, though there were families that chose women over men.

When results came in for the college entrance exams, Ayun noticed that her result was only a dozen points higher than the passing score. Though after deciding among all the choices she had, she chose to enter a free college outside the city. The food in the canteen was cheap. Steamed buns cost only $0.10 per piece.

Ayun’s family is not rich. Her parents had no skills, though they were employed at a construction site. Ayun decided to help her family by looking for a part-time job when she started her freshman year in college. She found a job in a doll factory.

One evening, it was already past 10:00 PM when Ayun got home from work. It takes time to get home from downtown to where she lives. Though to save $1.55 for transportation, Ayun rides the bicycle and arrives home daily at almost 11:00 PM.

One night, not far from the school gate, she encountered some drunk people. They blocked her way and would not let her pass. Ayun was frightened and there was no one to help her. Out of nowhere, a homeless man carrying a knife chased away the drunks. Ayun realized that he lives near the school campus where she attends. The homeless man turned to her and said: “Hurry home now, girls don’t go out at night.” Ayun thanked him and rode her bike home.

Ayun found the homeless man near the gate of the campus the next day. To thank him for his help the night before, Ayun brought him some fruits. The homeless man was surprised to see her, though he did not accept her gift.

Instead, she brought steamed buns to the homeless man every morning. He did not refuse and accepted Ayun’s kindness.

Since then, she has been giving steamed buns to the homeless man every morning, and they became close friends as the years passed. She learned that the man’s surname was Liu, and is 64-years-old. Since then, Ayun called him Uncle Liu.

More years passed, and Ayun graduated from college. After her graduation, she finally said goodbye to Uncle Liu since she will be returning to her hometown to find work.

Uncle Liu wanted to show his appreciation for her kindness and friendship all the past years. He took a card from his bag and gave it to Ayun. He told her the password of the ATM card.

Ayun took the card, though she planned not to use it. Instead, she wanted to save her salary for him once she finds a job.

Curious, Ayun went to an ATM to check Uncle Liu’s card. She was surprised to find $13,727.00 in it. Ayun became suspicious and immediately told the police.

Uncle Liu told Ayun the truth when she came back with the police. He had saved that money when he was 35-years-old until he started wandering the streets, scavenging and begging for more than 20 years. He lived on the streets for many years, and relatives were hesitant to see him.

A student from out of town was willing to give him steamed buns every day for many years, and this was his way of repaying her kindness. Hence, he gave her all his money.

In the end, Ayun did not accept his money and returned his ATM card. She said that she will come back again someday to see him.