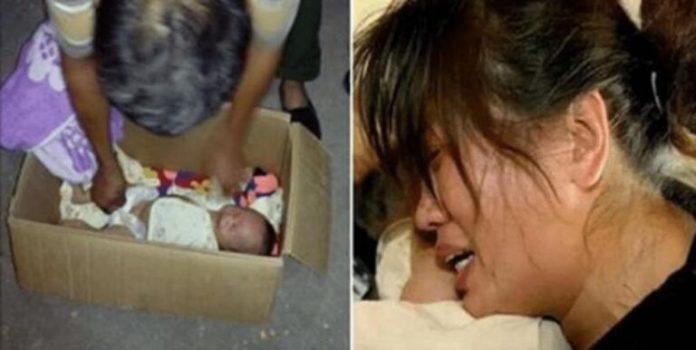 A 30-year-old woman and her husband divorced since she could not bear children. She was left with nothing, not because her husband was frugal, but because he had nothing to provide her at all. The divorcee returned to her parents’ home after her divorce. Although they felt humiliated about her situation, her parents allowed her to stay with them and were not happy about her return.

One fateful day, when the woman was returning home from work, she heard a baby cry on the side of the road. She was surprised to see an abandoned baby girl inside a box. Looking around, she saw no one. Feeling heartbroken for the baby, the woman decided to bring her home. Thoughts of the baby being left abandoned out of nowhere, she felt pity for the child.

The woman’s parents were filled with rage upon seeing their daughter bring home an unknown baby. Her family was poor, and since they have no money, how will she raise the child?

“She is a gift from God,” thought the woman, since she could not have her own children. On the other hand, her parents disapproved of the baby since she only found the child on the side of the road. They clearly stated that if she continued to raise the baby, she would have to leave their home.

Her heart sank upon hearing what her parents said, but she did not have the heart to leave the baby alone. She decided to take the baby and leave her parents’ house. She was able to rent a small room of about 20 square meters. Although the environment was not ideal, she had to make it work since the rent is cheap, and it was all she could afford then.

The owner of the room she rented is an old widow who was willing to tend to the baby while the woman was at work. Gradually, she became fond of the child and considered her to be a daughter.

“To support my daughter, I worked harder than before.” said the divorcee. “Some people saw that I was living alone with a child, and they wanted to help me find a husband. But when I met some men, they didn’t want to accept my daughter. I finally decided not to remarry. Seeing my daughter growing healthy day by day, even though I have suffered a lot, I feel happy.”

Years passed, and her daughter grew up well-mannered and never got into any trouble. The woman tried to convince her daughter that she was not her real mother, but the young woman did not want to accept it. For her, the woman is her mother, and that is all that matters. Also, the woman raised her alone and considered her as her own daughter.

The young woman was accepted into a university due to her excellent grades and became a scholar. Her mother did not have to worry about paying tuition fees. During her 4 years in college, the young woman received various scholarship grants and was able to save up some money given to her as prizes.

“The neighbors all said that I was lucky, that I had a good daughter, and I would definitely be blessed in the future,” the woman said proudly, but with sadness. “But I still feel the emptiness in my heart. After all, I am not his real mother.”

Her daughter has graduated from college and managed to find a job sooner than expected. She managed to have a boyfriend she met at work. The woman has met her daughter’s boyfriend and thought that he was a decent man, but for some reason, they still broke up.

A few years passed, and the young woman was getting married. The mother was reluctant since she will be the only parent to marry off her daughter. The young woman said not to worry since they will be together again soon.

“I thought my daughter meant that she would visit me often. It turns out that she meant that she will be living with me soon. The reason why she broke up with her ex-boyfriend was that he refused to live with me in the house.”

The woman’s heart filled with happiness, and tears fell from her eyes. “I was very lucky to have adopted her then, and now I have a (filial) daughter whom I am very proud of.”

Mother shocked to see their pet dog attack her daughter and...