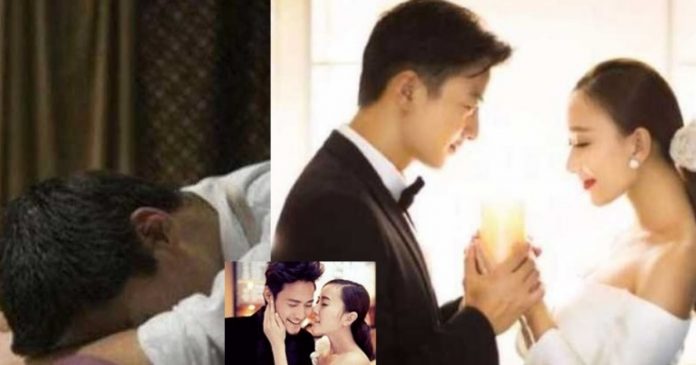 A man named Mr. Li met a woman in college. They built a good friendship that soon developed into a relationship throughout their college days. They married soon after they graduated, and their marriage was strong and has been very good. The newlyweds also considered the wife’s best friend part of the family, the three of them enjoying strolls together in various places. The time came when Mr. Li had to work abroad, and his wife worked as a full-time homemaker. Her friends and former classmates envied her lifestyle.

Soon, the happy marriage turned into a nightmare. Unexpectedly, his wife died while mountain climbing with her best friend. Mr. Li’s life was shattered, and could not accept his wife’s sudden death. He was very much in love with her for so many years. He spent most of his days getting drunk and drowning his sorrows since he missed her dearly. Her best friend tried to console the grieving husband, and since he had too much to drink, Mr. Li and the best friend had a “one-night-stand.” Mr. Li, as he is a responsible man, stood up to his guilt and married his ex-wife’s best friend.

After the marriage, Mr. Li realized that she was a caring woman and a good companion. She helped him overcome his sorrows. They had a good marriage and a great life together, and the wife worked full-time as a homemaker while Mr. Li goes to his office. Months passed by, and the wife got pregnant making Mr. Li very happy. While his wife was in labor in the hospital, he went home to get some things needed for her and the baby. While flipping through some things, he unexpectedly found his current wife’s diary and browsed through it out of curiosity. Seeing his ex-wife’s name mentioned many times, he read that his current wife was secretly in love with Mr. Li for a long time and was envious of the sweetness he and his ex-wife shared. She was furious with envy and vowed to steal Mr. Li someday!

After reading and learning the painful truth, Mr. Li’s suspicion became clear. “My ex-wife may not have died accidentally in that mountain hike, my wife…” He suddenly stopped. “Should I call the police and let them investigate the matter?”

At this point, we are citing the most obvious circumstance. Though Mr. Li may be right, too. To end his suspicions, let investigators deal with the matter, for the sake of his peace of mind, and his ex-wife’s sudden death be solved.

In a female circle of friends, they usually talk about the worst way of betrayal in a relationship. In their opinion, the closest friend or a sister who would steal your boyfriend or husband is the worst. One side would be the betrayal of love, and the other, of friendship. Though sometimes, apologies and forgiveness are inevitable, most people find it difficult to forgive and forget.

This baby girl was abandoned at a train station in China....