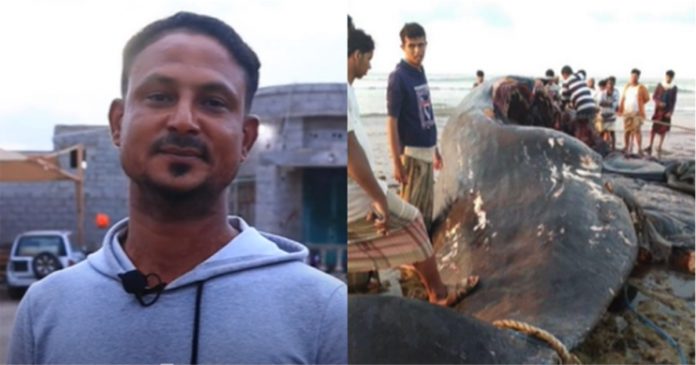 By now, you should be aware of the fact that whale vomit is quite an expensive treasure. A group of fishermen in Yemen hit a jackpot worth more than IDR 200 billion when they found a sperm whale carcass.

Yemen is one of the poorest countries in the world – which relies on fishing as their main source of livelihood.

They discovered ambergris (a solid, waxy, dull gray, blackish substance produced in the digestive system of sperm whales) when they came across a whale carcass in the waters of the Gulf of Aden in southern Yemen.

A fisherman from Seriah first alerted a group of 35 other people in the Gulf of Aden about the whale carcass and told them it might contain ambergris.

When they found the dead mammal, the fishermen smelled the strong odor of marine feces and recognized that there was something in the whale’s stomach.

They pulled the dead whale and brought it ashore.

After being dissected, a lump of ambergris weighing 127kg was found.

“That is an unimaginable price. We are all poor. We never thought this thing would give us such a huge amount,” one of the fishermen told the BBC.

Ambergris is also referred to as “treasure of the sea” or “floating gold”. It is the most sought-after ingredient because it is used in perfumes to help them last longer. Ambergris usually sells for up to $50,000 USD (about Rp. 712 million) per kg.

The fishermen sold it for about $1.5 million USD (about Rp. 213 billion) to a trader from the United Arab Emirates. They shared the profits equally and donated some of the money to poor families in their community.