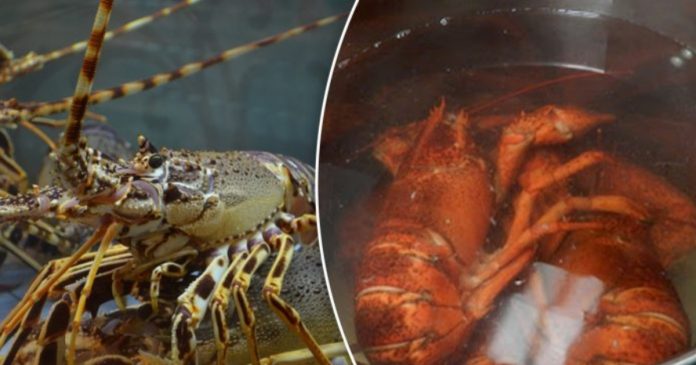 All living things can feel pain, yes, including animals and plants. They just can’t express themselves. Therefore, the animals that we see being brutally killed or plants being cut off from our forests can feel pain. The UK has discovered in studies that lobsters being boiled alive can feel pain, hence, will be implementing a law that will ban boiling crustaceans or other living animals.

According to The Guardian, researchers from the London School of Economics (LSE), observed that crustaceans have opioid receptors (G protein-coupled receptors that mediate the human body’s response to most hormones, neurotransmitters, drugs, and are involved in sensory perception of vision, taste, and olfaction) that reacted to opioid painkillers and made them sick. Therefore, showing evidence that marine life of the crustacean species fully understands and is very much capable of knowing when they are in danger.

The lobsters’ reaction to danger, like trying to escape boiling water in a casserole, is a clear understanding that these crustaceans feel pain and are suffering.

Further studies revealed that these crustaceans have complex brains and nervous systems that they can react and avoid unpleasant situations, such as electric shocks. They also can solve problems and use other resources to avoid danger. Evidence shows that lobsters and other crustaceans are recognized as living animals under the animal welfare bill, and therefore, animal cruelty such as boiling them alive will be banned soon in the UK.

Animal Welfare Minister Zac Goldsmith said, “Scientific studies clearly show crustacean decapods and cephalopod mollusks can feel pain, so it is only natural that the aforementioned animals are protected under this important law.”

Marine animals that are to be listed under the Animal Welfare Law include the decapods (crustaceans) such as the lobsters, crabs, and shrimps, while the cephalopods (marine animals with prominent heads) such as octopods and squid are now to be included, as well, since they are all sentient. They were previously on the “exempted” list of the bill.

“After performing over 300 scientific studies, we concluded that crustacean decapods and cephalopod mollusks should be considered living beings. Therefore, these animals should also be included within the scope of animal welfare laws,” said Dr. Jonathan Birch of the LSE.

According to Dr. Birch, the squid and other cephalopod mollusks have never been protected outside of science, except for when they are being studied. Now that the new amendments are to be implemented, they may finally protect most marine life.

The amendments are currently being proposed to the bill in Parliament by the UK Department of Environment, Food, and Rural Affairs (DEFRA) for further protection of marine life.

Marine life has already been protected in other countries, as well, such as Norway, New Zealand, Austria, as well as parts of Italy and Germany. These countries paid close attention to the welfare of marine life species and their environment.