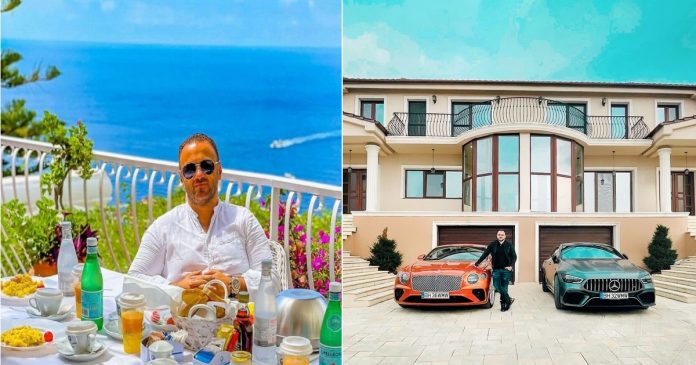 “No guts, no glory.” Some people believe in this quote and it motivates them to fulfill their goals in life. Though most of them accept the challenges that come with reaching their dreams, some are inclined to get discouraged and give up. When we see a successful entrepreneur, we always believe that they may have been born into a rich family or they had friends who helped them get to where they are.

If you have been an employee for some time now and have been unable to reach that certain goal that you wanted, here is an inspirational story about a man from Romania who went to the US when he was 21 years old and with only $500 in his wallet. With hard work and determination, he now has wealth that soars to $40 million! His secret? Online trading.

37-year-old Nick Mocuta came to America to find work when he was 21 years old. According to The Mirror, Mocuta is from Romania, and he came to the US with only $500 that his grandmother has given him. He did not speak the English language very well and had to find a place to live that fit his budget.

“The first cab I took to the city cost me about $100 which left me with $400 to myself – it was a culture shock, I will never forget that part. I found myself homeless in Los Angeles, slept on benches in the parks, and ate on a very tiny budget,” Mocuta said to The Mirror. “I’d go to buy a dollar burger at McDonald’s and tell them ‘no cheese’ so that I wouldn’t get charged extra.”

Upon arriving in the US, Mocuta did not have enough budget to rent a place so he was forced to sleep on a park bench. He would buy meals that cost not more than US $1.00 to save his money until he’d find a job.

“I decided to work as a valet parking service to feed myself and save a sum of money to rent a house and improve my language skills,” Mocuta said. He often conversed with the vehicle owners to improve his English and later managed to have a real estate broker license.

In 2013, Nick ventured into selling electronic products, like mobile phones and cases, imported from China. He sold these items online on an auction platform, eBay. Luckily, in only 6 months, he was earning as high as US $3,000 to $4,000. He realized that the internet has vast opportunities and lots of potentials, thus focusing his entire experiences on online trading.

“I grew up in a family where my dad was an accountant and my mum was a teacher so school was the number one thing that I was focused on growing up, but after graduating I emigrated to America with a burning desire to do more and become more,” Nick was quoted as saying to The Mirror. “I always thought that online is the future, and I wanted to be part of it,” he added.

Nick Mocuta is successful in the online trading industry, wherein he has gained access to many stores including Amazon and Wal-mart platforms, and accumulated net assets of about US $40 millions.

“I think I will succeed because I have never been afraid of failure, and I am willing to try new things constantly. Even if I fail, I will get up again.”

Nick has worked hard all these years, has succeeded in his chosen career, and has made himself a millionaire. He also uses the money he earned to invest in real estate. At present, he owns more than 100 houses and has bought 4 luxury cars in both the United States and in Romania. Back home, he has also provided a house for his parents and brothers, and taught people in his community how to make money on Amazon, and be successful in the business.

Finally, Nick Mocuta has become an entrepreneur, and is not hesitating to share his experiences and secrets with everyone who also wants to be successful. He is generous and optimistic and is an individual who likes to see everyone succeed in their own way. He has an endless good fortune and no longer has to work for anyone but on his own.