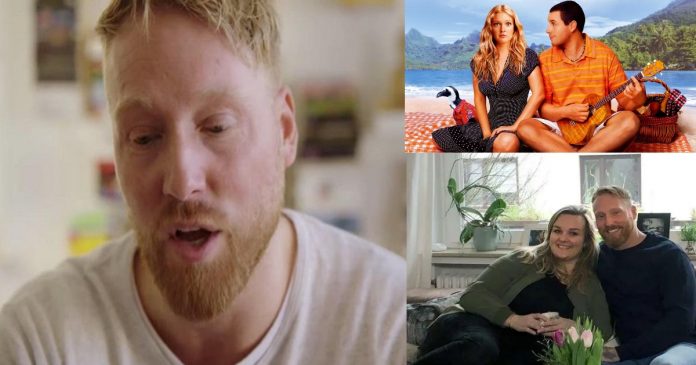 Daniel Schmidt, a German man, suffered brain damage in a car accident six years ago. He was left with only six hours of memory. He was about to meet his sister when he was knocked down by another car on the highway.

Daniel described his experience in the documentary “Living without Memory”. Although the trauma was not very serious at the time, he suffered severe brain damage, which was called a Level 3 TBI (Traumatic Brain Injury). The car accident left him with only 6 hours of memory, but he still found his lover who gave birth to his first child – just like the movie, 50 First Dates.

“I didn’t die that day. It’s a miracle that I have survived. That’s why I looked at that day in a positive light.”

Daniel received intensive physical and speech therapy to help him return to his original state, but he still suffers from “anterograde amnesia”, a condition in which a person is unable to create new memories after an amnesia-inducing event. He can only remember things for six hours and has no long-term memory, so every day he must record in detail the places he has been or the people he has met, and then these memories disappear from his mind after 6 hours.

Here are some photos from the documentary:

Here is the documentary of Daniel Schmidt, Living without Memory