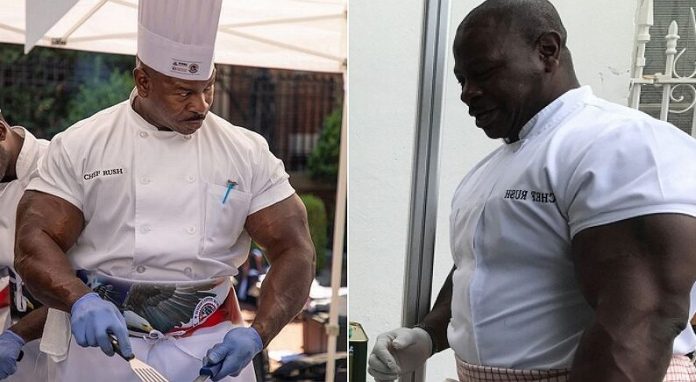 Meet André Rush, American White House Chef. He is rumored to have never heard from customers that the food was not tasty. Good job!

Although it looks like he could cut logs with his formidable arm, Chef André with his muscular arm makes pretty cakes and delicate pieces of chocolate.

In fact, he was originally a soldier. A former US Army member, Chef André also served at US Forces Korea bases.

Chef André, who has been cooking as a hobby and self-taught since he was a soldier, learned to cook professionally in the U.S. military culinary team.

Then, after serving in the Iraq War, he suffered from post-traumatic stress disorder (PTSD) and was discharged.

From 2009 to now, Chef André worked at the White House kitchen during four changes of the president of the United States.

As Chef André made his name, there were even rumors that it was “the reason why American presidents did not complain about side dishes.” 😂