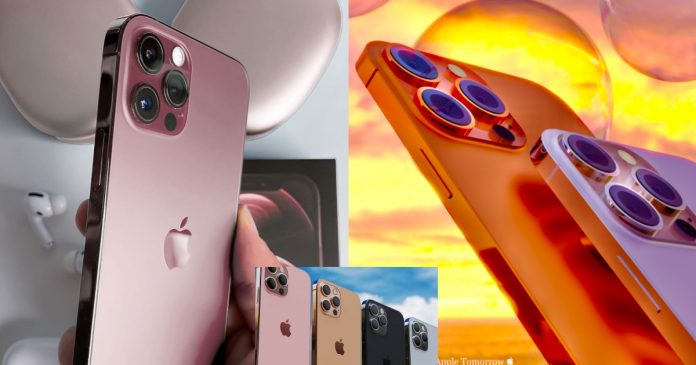 August is ending, which also means that the Apple Autumn release, which is about to debut in the fall, is coming soon~ Many iPhone 13 series appearance details have been circulating the internet. Among them, the color that everyone likes the most has caused many netizens to inquire in every Apple store. In addition to new colors such as baby blue, sunset gold, and foggy black, it is said that an upgraded version called, “burgundy rose gold” color will be launched at the same time!

Another Twitter account, @mjinbu, also released a series of iPhone 13 Pro rose gold photos. But because the lighting on the photo is relatively dark, it looks a bit dark brown with a glossy feeling. It is very similar to the burgundy hue, which is less matte than the photo above. Further specifications will be announced at the autumn release day~

The release date of the new product has some information exposed. According to a foreign media IT House report, there are recent screenshots of the e-commerce platform flowing out, which shows that the entire iPhone 13 series will be sold on September 17, and the AirPods 3 earphones are expected to be released on the 30th. According to past conferences, Apple’s announcement will be unveiled in the third week of September, so netizens also speculate that the release will be on September 15!

In addition, the price of the iPhone 13 Pro to be released at this point is said to exceed a new high. The price will be as high as US$2,300 (14,875.48 Yuan), while the price of the basic iPhone 13 will start at US$799 (about 5,167.61 Yuan). They will be released in four colors: sunset gold, rose gold, fog black, and pearl silver, with a high-grade texture of slightly matte, your purse is really going to fall because of its price!

iPhone enthusiasts are looking forward to its release. Do you have your wallets ready? 😆