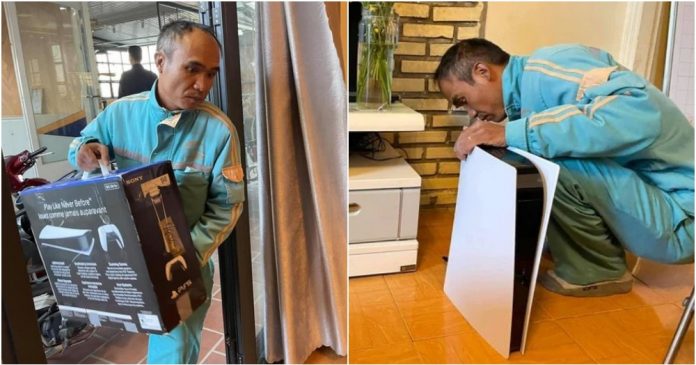 Much to everyone’s excitement, the Playstation 5 (PS5) was launched in November 2020, causing a huge demand around the world. Many have purchased immediately upon release, while others have made reservations beforehand due to its limited stocks at launch.

Shortly after the PS5 release, a post was shared online about a Taiwanese man who had gone to the extent of lying to his wife that the gaming console was an air purifier. Unfortunately for him, his wife recognized the console and forced him to sell it.

PS5 installer disguised himself and pretended to be a WiFi technician.

Apparently, a Vietnamese man was able to fool his wife when he purchased and sneaked a PS5 console into his home without her being suspicious.

According to his Facebook post, he had requested for the PS5 installer to dress and pretend to be a WiFi technician from an internet service provider to convince his wife that the gaming console was indeed a WiFi router.

The store clerk complied and went to his house disguised as a Viettel technician wearing its company uniform. Viettel is a major internet service provider in Vietnam. The post says he was able to maintain his front and install the “WiFi router.”

The technician added a Viettel hotline sticker on the gaming console to make the ruse more convincing.

The Incident was based on an online cartoon from South Korea.

The Vietnamese man’s cunning plan was reportedly based on a viral South Korean cartoon by YouTuber JangBijju.

The cartoon tells about a man who tried to fool his wife into believing that the PS5 gaming console was a WiFi router called, “Plash Speed.”