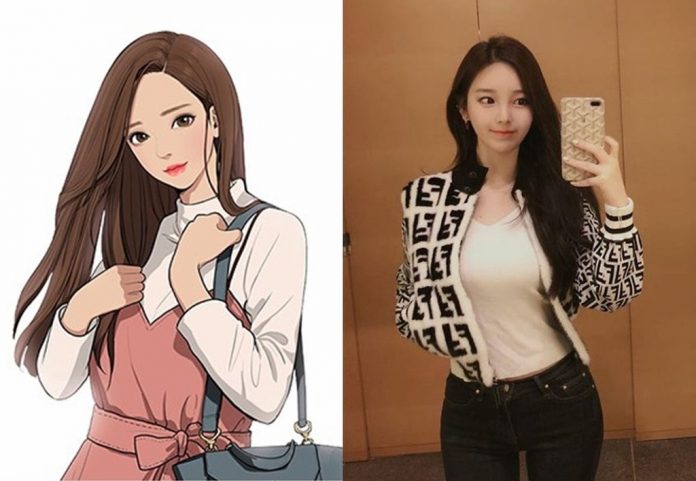 Since released to the public last year, an online comic or webtoon titled ‘The Secret of Angel’ by an author with the pen name Yaongyi has become an instant hit. The Secret of Angel is a story about a girl who’s trying to conceal her ‘ugly’ self and transforming herself into a perfect goddess by using makeup. Thanks to the exquisite style of painting and the protagonist’s trendy fashion, the webtoon captured the heart of readers across the world and became number 1 just three weeks into its debut. To celebrate the first year anniversary of her work, the appearance of the webtoon’s author was revealed to the public.

Born in 1991 with the real name Lim Ju Kyung, readers are surprised upon finding out that she looks exactly like her beautiful webtoon character. “I dreamed of becoming a cartoonist because I loved drawing from an early age. I did a lot of different things before committing myself to cartoons. I did various jobs. I used to work as a fitting model, and my experience in modeling helped me a lot with ‘The Secret of Angel’,” told Lim when asked about her childhood dream.