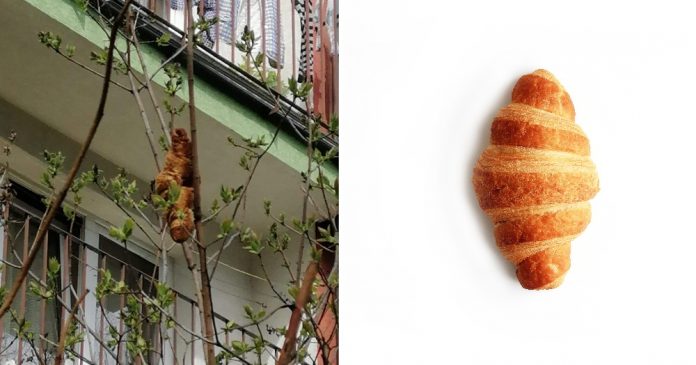 Absolutely terrifying when applied with some butter. 😂 The residents of Krakow, Poland have been scared for days they closed their windows thinking that a strange creature has been stalking their community.

A concerned citizen called out to the animal welfare society, reporting that there is an unusual, brown, and unmoving creature perched on a tree for two days.

The residents were terrified that they closed their windows shut at night to prevent the strange animal from entering their homes.

The woman who called the welfare officers speculated that the animal that was scaring the residents was some species of an iguana or the like.

According to BBC, the officers did not know what to expect and were thinking that it may be a reptile of some sort that may be terrorizing the city and hibernating on the tree branches of Krakow, Poland in this particular season. Apparently, they responded to the call and went down to check it out.

It turned out that the “unusual animal” was a croissant bread that possibly, according to the Facebook post of the Krakow animal welfare society, had been thrown out a window to feed the passing birds. Incidentally, it got stuck on a tree.

Here is the photo of the “unusual animal”:

Rare sausages seen hanging from trees. Are they fruits or vegetables?...

Tell me how you close your fist and I will let...