Malia who is from Michigan just touched down at Los Angeles International Airport after returning from her hometown.

She was expecting her boyfriend, Austin to pick her up. However, she did not have the slightest idea that this would happen.

Austin planned to propose to her girlfriend, Malia upon her arrival at the airport but he did not have a flash mob ready to surprise Malia so he turned to his friends for help.

When Malia took the escalator, she was really surprised when she saw a friend of Austin was singing with a guitar 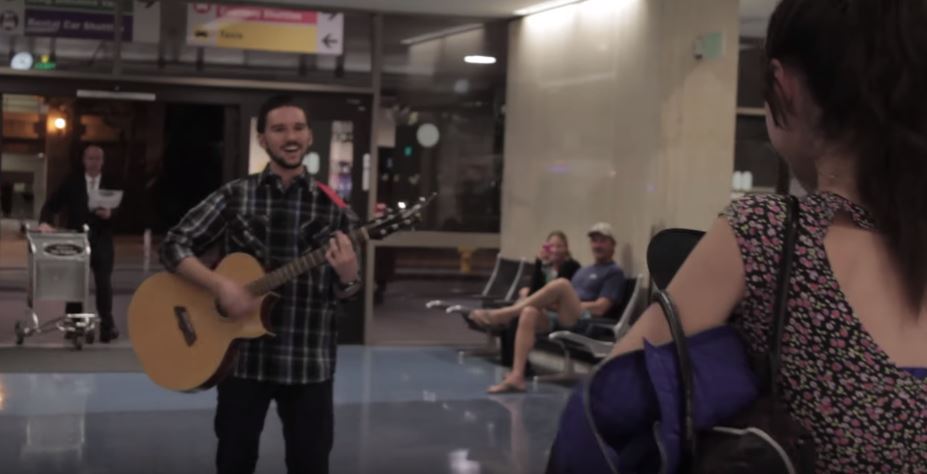 Malia was confused with the situation but thanks to Austin’s friend, Malia was directed to go to the direction that he showed with his fingers 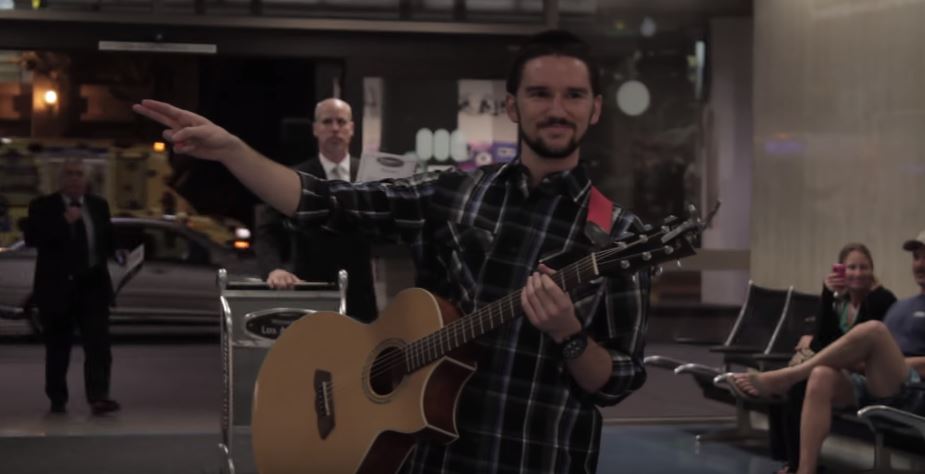 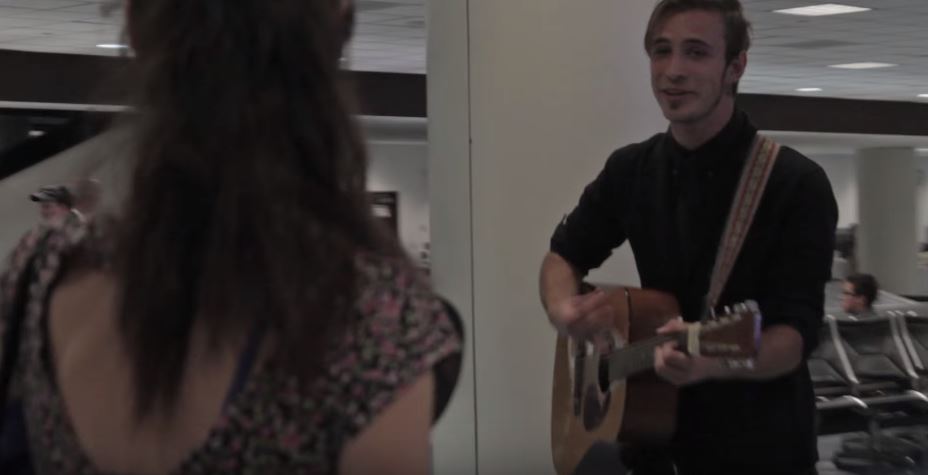 Later, each guitarist she met would sing for her and give her the next direction 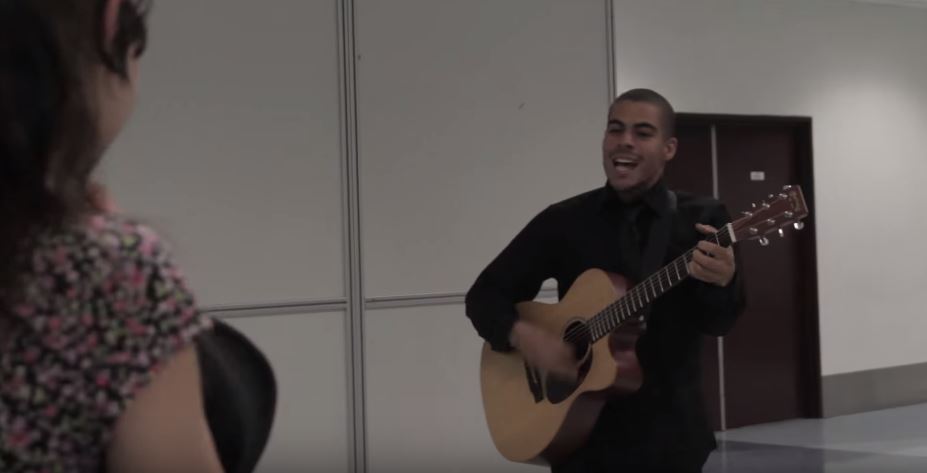 By that time, she became increasingly puzzled with the situation. Plus, her boyfriend was nowhere to be seen

As she followed the music, she was finally led to Austin who finished the song he wrote especially for her 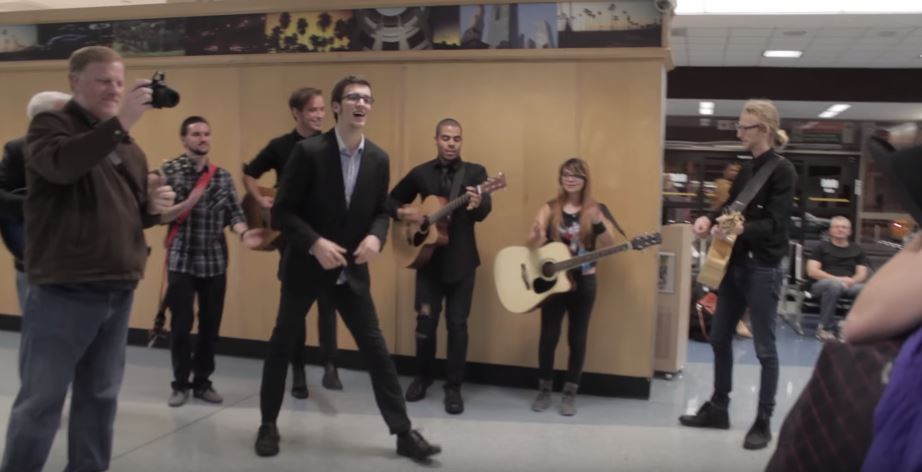 When the song came to an end, Austin got on his knee to propose to Malia 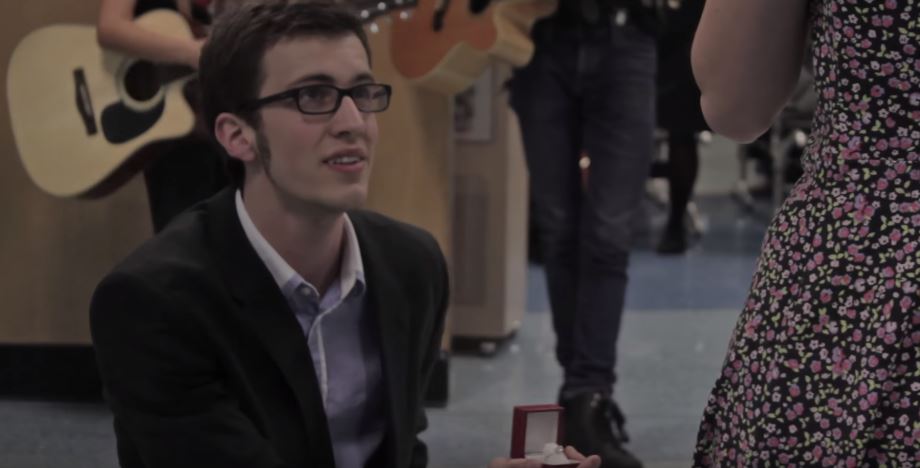 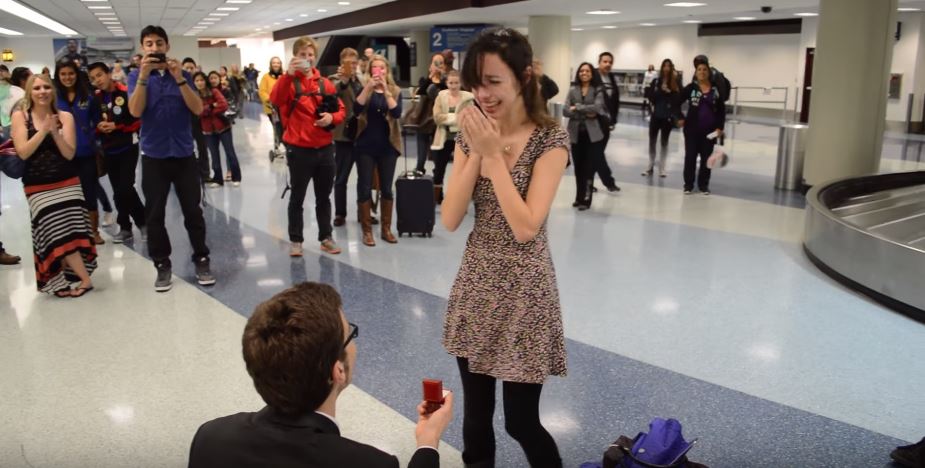 Malia shouted ‘Yes’ and Austin slid a ring onto her finger! 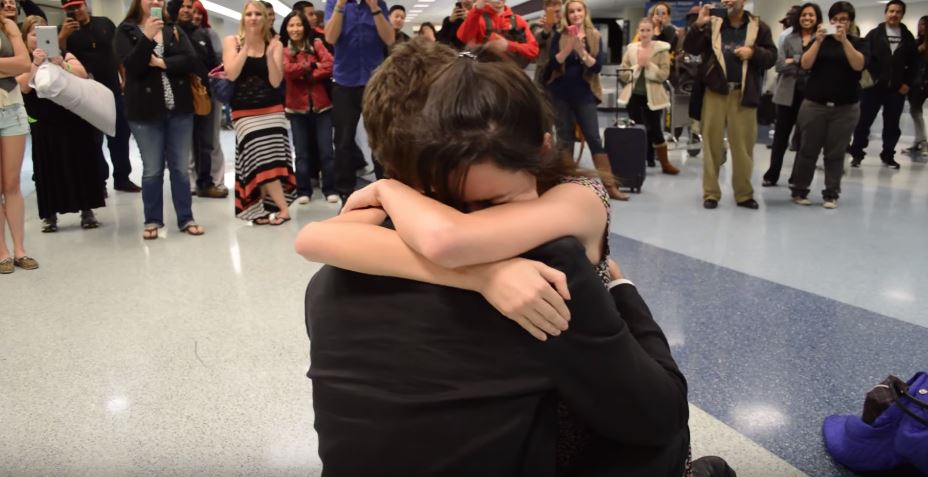 So, the airport was the most befitting place to commemorate the special moment.

Teen with autism goes viral for his dancing routine as a...