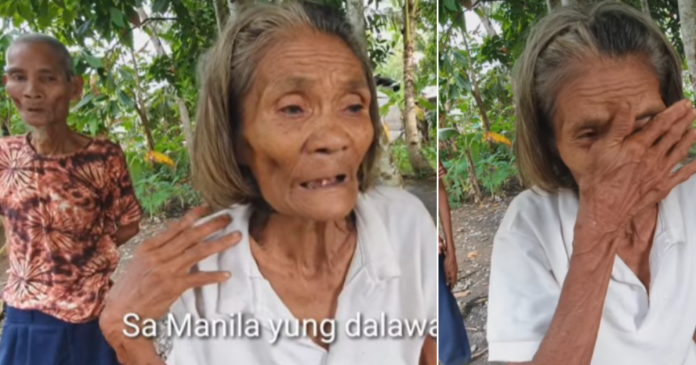 An elderly couple from Aklan, the Philippines, recently went viral on social media after a radio anchor discovered their dire living situation of having to live inside a small, patched-up tent that they called home.

At first glance, not many would guess that the tent is the place where an old couple lives.

Unfortunately, that is the heartbreaking truth when Energy FM’s radio anchor Archie Hilario visited the couple at their tent.

It is really hard to imagine how the couple lives in a small tent but as the tent is all they can afford, the couple has no choice but to endure such life.

Apparently, the couple has four grown-up children but three of them have completely abandoned them for years.

They only have their son who helps the couple from time to time.

However, there is not much that the son could help as he has a family of his own and currently lives in his employer’s house. When the son is a bit tight with money, the old couple will have to endure days without food.

Despite being abandoned by their own children who now live in Manila, the couple wishes to reconnect with their children even just through a letter.

“We do need money but we won’t be asking for cash from our children. All we hope is a letter from them,” they said.

“We are not angry at them, we just miss our children and we hope to see them again.”