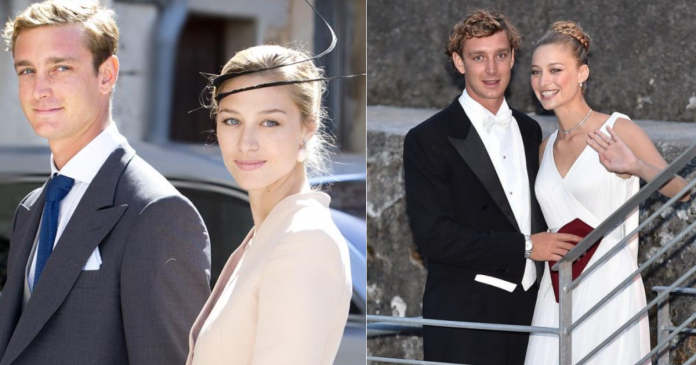 A fairy tale come true. The British royal family may be more exposed to the limelight, but Monaco’s royal family is also a headliner, such as Beatrice Borromeo, known as “the world’s most beautiful princess,” whose outstanding beauty and lifestyle has fascinated everyone.

Beatrice, 34, became a member of the royal family in 2015 when she married Prince Pierre Casiraghi of Monaco, who is two years her senior. Beatrice was born in Italy, into the oldest and most powerful noble family in the region, who not only own rich assets but are also with high status.

Prince Pierre is also recognized as “one of the world’s 10 most handsome princes,” being in 5th place. He has admitted to having dating experiences with different women, but when he met and fell in love with Beatrice, the couple married after six years of dating and now have two lovely sons.

Beatrice is an excellent achiever, with a double degree in Law and Economics from Boconi University and later a master’s degree in Journalism from Columbia University. After graduation, she worked as a reporter for well-known media outlets such as Newsweek and the Italian newspaper, ll Fatto Quotidiano.

After marrying Prince Pierre, Beatrice did not immediately settle down comfortably with the royal family but continued to work as a journalist, reporting on many issues of people’s livelihood. “I’m a journalist and I have the salary of a journalist,” she once said.

Princess Beatrice is approachable and down-to-earth, her practicality and simplicity are enough to let her live the most of her life, not pursuing a life of extravagance. On grand occasions, she likes wearing branded clothes but wears them in simple and comfortable styles. “I’m not going to pay half my salary for designer shoes, because even if I only wear Zara’s clothes, it’s not going to be the same,” she said.

Beatrice is now a mother of 2 children. Being a mother has made her grow into a more mature and elegant woman.

Previously, Beatrice and her husband attended the National Day celebration, together with Monaco’s royal family. Wearing a green and black plaid dress, a black-net hat, and clutching a black handbag, this simple but elegant princess is praised for her super-high sense of fashion style.

The royal couples’ shots with their children were the highlights of the occasion.

Beatrice married into the royal family but still insists on being her usual self. The beauty, simplicity, and practicality of the elegant princess make her the perfect role model for many women, young and old alike.