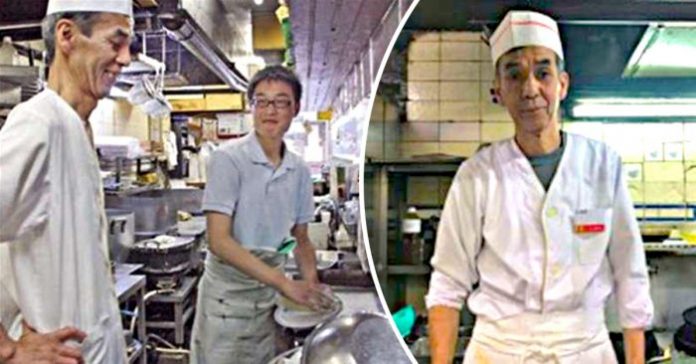 “Where there’s a will, there’s a way.” ~ William Hazlitt. While we were still students in a college or university, there are incidents that we find discouraging when we don’t have enough money.

Some people are lucky to be born into a wealthy family, and there are otherwise. For students from a simple family, there are days that they find quite challenging since they only have allowances from their parents to use for a day. There are situations wherein their tight budget cannot afford their favorite meal.

Incidentally, a Japanese restaurant owner is known as “The King of Dumplings” in Demachi, Kyoto has allowed students who cannot pay for food to wash dishes for 30 minutes in exchange for the price of their food.

Decades have passed, and until now, he has provided more than 30,000 meals for free to underprivileged students. The restaurant’s owner is now 70 years old, and according to the news, the restaurant will close at the end of this month.

The Sankei Shimbun reports that “The King of Dumplings” restaurant is located close to Kyoto University and Doshisha University. At the restaurant, there is a poster mounted on the door that reads, “Those who do not have the money to eat can eat for free.”

The owner of the shop, Touhiro Inoue was born in Fushimi-ku, Kyoto. At the age of 20, His family left him for they opposed his marriage to his wife.

After he married, they transferred to Osaka, but lived a hard life, and they could not afford to buy food.

Inoue then returned to Kyoto to work at a restaurant called, “The King of Dumplings.” In 1982, when he was promoted to a restaurant manager, he remembered that he had suffered a lot as a young man, and now it was time for him to help other people who were experiencing the same difficulties as he had.

So, he came up with the idea to let students wash the dishes for 30 minutes in exchange for free food. After Inoue became the owner of a dumpling restaurant in Demachi in 1995, he continued this idea, and incidentally, was liked by local students.

To date, he has provided more than 30,000 meals for free. Although two years ago, a student was no longer allowed to wash plates for hygienic reasons. However, he continued to provide free food for students who did not have the money to eat.

Inoue says that the most heart-warming thing is that some of the students who have graduated come back to visit his restaurant. There was once a male student from Doshisha University who came to Tokyo to start a business after he graduated.

After getting married and having children, he brought his children to visit Inoue. He said that because of Inoue, he was able to marry and have children. Inoue hugged the boy and wept with joy.

Inoue has now reached the age to retire. Since no one would inherit the restaurant, he decided to close the establishment. Apparently, he worries about the plight of the students, especially now when the world is plagued by the COVID-19 pandemic.

People who heard the news of the restaurant’s closure began to come back and visit the restaurant. Many people came, some of them former students who had eaten there and some who had washed dishes for their meals.

Most of the students who came to visit were already adults, and soon the restaurant was filled with old and new customers. Many of whom wanted to thank Inoue for his service and his restaurant, where they felt welcome to have a good meal for free.