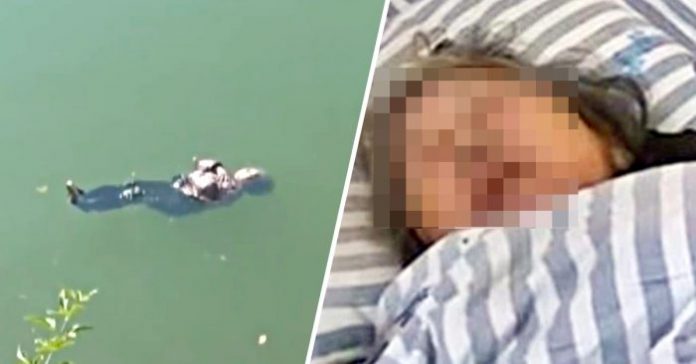 To save her strength, and life, she had to think fast! An 87-year-old senior woman from Liling, Hunan, China, faced near-death situations when she accidentally fell into a river. She managed to calm down and floated on the water and managed to save her life.

According to Sin Chew Daily, on November 8, the woman was walking towards the river to wash her hands after eating a moon cake.

However, she lost her balance while washing her hands and fell into the river.

Her effort to keep afloat by swimming almost made her limp, and she had swallowed some river water while trying to get help. Thankfully, there was a crowd that passed by and immediately contacted rescuers to help the elderly woman.

However, feeling tired from swimming, she managed to float and put her hands on her chest while waiting to be rescued. It saved her life!

According to the elderly woman, while she waited for the rescuers to arrived, she tried to calm down and floated since she was almost out of energy. Luckily, the river water was also calm, and this is one factor that helped her keep afloat and saved her life.

Until she was rescued, the elderly woman managed to keep afloat in the water and later was rushed to the hospital for necessary treatments.