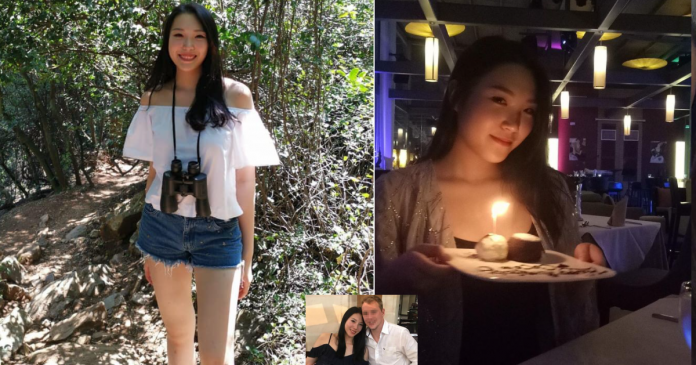 She was about to have liposuction done on her arms in preparation for her wedding.

A 23-year-old woman died during a cosmetic surgery procedure done to her by an unlicensed beautician in Kuala Lumpur.

According to Sin Chew Daily, Coco Siew Zhi Shing came home to Malaysia to have liposuction done on her arms, in preparation for her wedding next year. She was to be married to her long-time boyfriend from South Africa. Her brother said that Siew has found a beauty salon on the internet that can do the surgical procedure for RM2,500.

She was accompanied by a close friend to the beauty clinic for her 2:30 PM appointment on Saturday, the 17th of October. Upon arriving, she was given an anesthetic injection. Half an hour during the procedure, the friend who accompanied Siew noticed that the surgeon started panicking. Sensing something awry, Siew’s friend called an ambulance and immediately rushed Siew to the hospital. Unfortunately, even when medical personnel tried to revive her, she was pronounced dead at 5:00 PM.

Upon learning of the unfortunate incident, Siew’s family immediately filed for a police report against the beauty salon and the unlicensed medical practitioner.

Siew’s brother said, although she was apprehended, the 23-year-old medical practitioner was still able to visit her client on Saturday night upon hearing that she died.

“Under our repeated questioning, the person in charge of the beauty salon revealed that her salon did not have an aesthetic clinic license. The place was operating under an ordinary beauty salon license, and the aesthetic doctor, as she claimed she was, who performed the operation on my sister did not have a professional aesthetic medical license either,” he said.

He also mentioned to China Press that after the death of his sister, he did a background check on the salon and found out that it was registered as a beauty product wholesaler under the Companies Commission of Malaysia (CCM). It dawned upon him that the salon was doing illegal beauty and cosmetic surgeries.

“I hope my sister’s experience will serve as a warning to other young women so that a tragedy like this won’t happen again.”

The brother also added that Siew has always been in good health and was conscious of her figure because she was a professional model.

Siew started modeling when she was 16 and won as a Form 4 in 2013 at the Asia New Star Model Contest in Petaling Jaya, Kuala Lumpur.

A Facebook user named Ke Xin, who was a close friend of Siew’s, wrote an online memorial for her, and it instantly was shared more than 24,000 times.

“We met when we were 13 years old and in school. By then you were already so tall and very beautiful and always the talk of our school because they admire you so much,” Siew’s friend mentioned at the dedication, adding that she was not just a beauty physically but also a kind-hearted woman who stands up for people who are bullied in school. Siew even lent her clothes during parties and special occasions.

“I was very happy that you found your true love and your wedding was going to push through next year. I was very excited! I told myself that I was going to save enough money to go to South Africa and be able to attend your wedding. I was looking forward to the event,” she said. “I can’t take this. I really can’t accept that you are gone! How can you leave just like that?”

“For the girls who love chasing perfection, I hope you will be more cautious and responsible in choosing a clinic. We are all sorry this happened to a good person like her. The person who did this to her will take responsibility for her actions,” Ke Xin added.

The results of Siew’s autopsy are still unknown, and as of today, the unlicensed salon is still under investigation.

According to China Press, the unlicensed beautician responsible has deleted all her social media accounts. She still has not apologized to the family for the mistake that was done.

Siew’s brother admitted that he has seen the Facebook and Instagram accounts of the salon before they were deleted and found out that other women had surgeries there before. The beauty salon first opened in Kuantan, Pahang, back in 2012, then moved to Selangor, Malaysia, in 2018.

He recalls reading from the messages exchanged between the salon and his sister that the salon was popular, and she was having trouble booking an appointment because the schedule was always full, and there were limited slots available.

Below is a screenshot of the salon’s services posted on their website. It shows that they also offer other services and other surgical procedures that can only be done by a professional and licensed medical practitioner. Prices were ranged from RM1,500 to RM6,800.

NEWS: The owners of the salon are finally arrested! Read the story here.