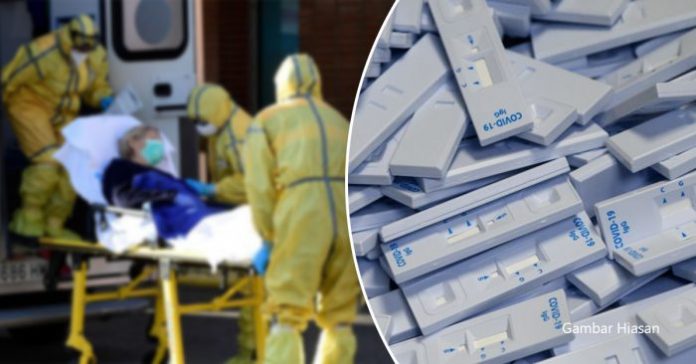 The COVID-19 pandemic is reaching a new height every single day with more than one million recorded cases all around the world.

The USA topped the highest recorded cases in the world, while Italy recorded the highest total deaths (14,681) followed by Spain (11,198). With the total death numbers keep on increasing, it is important to have reliable COVID-19 test kits and detected the virus as early and accurate as possible.

However, the Spanish health authorities have recently announced that they will return 9000 COVID-19 test kits purchased from China as they were faulty.

Spain is not the only country to experience this as the Czech Republic also complained that test kits from China presented inaccurate results.

The Spanish health authorities announced that they will be shipping back 9,000 units of COVID-19 test kits they purchased from China after the results only turned out a 30% accuracy rate. According to them, the significant surge of cases in their country allegedly linked with the faulty test kits they’ve been using.

The Chinese communist party was quick to deny this accusation and clarified that 340,000 test kits purchased by Spain were from an unlicensed provider named Shenzhen Bioeasy Biotechnology. CCP also said that this company has no license to sell their products.

Besides Spain, Czech Republic is also having problem with the COVID-19 test kits that they got from China as they claimed 80% of the 150,000 test kits received brought faulty results. The kits were said to able to show the results in just 10 to 15 minutes, but unfortunately not accurate.

Czech Republic purchased the kits for $568,000 and they arrived in Prague from Senzhen on March 18. Authorities said that 100,000 kits were paid by the health ministry while the other 50,000 were paid by the Czech interior ministry.

However, Czech deputy prime minister and interior minister Jan Hamacek downplayed the claim and said that the faulty result might be due to possible wrong methodology.

The minister also added that the test kits can still be used in two instances – when the virus “has been around for some time” or when someone finishes they 14-day quarantine. Czech Republic has currently recorded 4,190 total cases and 53 total deaths at the time of writing.

With the total recorded cases keep on increasing and sudden issue of faulty kits, make sure to take care of ourselves, observe our hygiene and stay home.