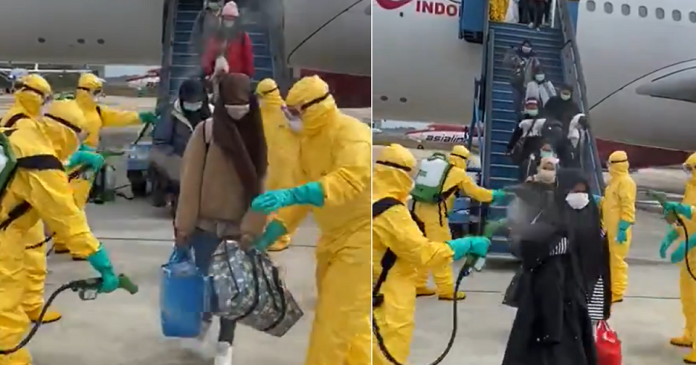 Health experts are giving a word of warning to Indonesia – their lack of medical resources and healthcare facilities will likely put the country as the new epicenter for COVID-19 pandemic.

According to Reuters, Indonesia, being the fourth country in the world with most population, is severely lacking behind in availability of adequate medical staffs, hospital beds and intensive care facilities.

As of March 26, Indonesia has recorded close to 700 cases, however the actual number is said to be much higher.

The Centre for Mathematical Modelling of Infectious Diseases in London revealed that as few as 2% of Indonesia’s coronavirus infections have been reported.

This is due to the government’s lackadaisical approach lead to low testing rate and a rather high mortality rate, which now stands at 55 deaths, the highest in Southeast Asia.

According to the data, the actual number would be close to 35,000, making the country’s pandemic rate higher than that of Malaysia and Singapore.

Another study modeled that the circumstance could worsen, with potentially 5 million cases to be reported by end of April, provided no immediate measures are undertaken.

Meanwhile, the government is defending their method of testing by convincing the public that the impact of the virus will not be monumental.

Achmad Yurianto, a senior health ministry official stated as soon as the public are able to keep their distance, the situation is under control.

However, the doctors and medical staffs in the country disagree. They are aware that they are understaffed and lack resources needed to sustain a potential outbreak.

With just four doctors and 12 beds available for every 10,000 people, the number of cases are bound to go sky high in a country of 260 million people.

In a statement released by Indonesian Doctors Association, a total of 8 doctors and a nurse had died due to coronavirus. Many hospitals and medical institutions practice poor infection control hence more and more staffs are getting infected without being tested or diagnosed.

Even with the government’s announcement to supply 175,000 new protective equipment across the country this past week, it’s quite a task for the central government to coordinate the outbreak response across the nation due to Indonesia’s decentralized healthcare system.

That being said, Jakarta now has an emergency hospital which can treat up to 24000 at one given time.

Don’t throw away your old t-shirt—this Japanese hack teaches you how...