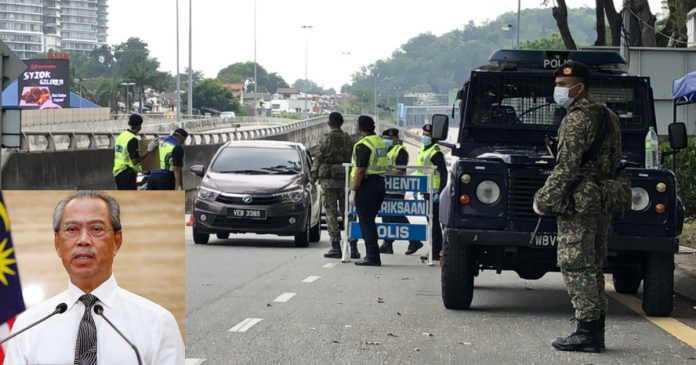 Malaysia has extended its Movement Control Order (MCO) by 14 days until April 14 following a concerning uprise in the number of confirmed cases involving COVID-19. The country currently holds the highest number of coronavirus infection in the Southeast Asia region.

Prime Minister Tan Sri Muhyiddin Yassin made the announcement on national television today at 1:00 p.m. local time. The decision ensue the unanimous effort between the National Security Council and Health Ministry pertaining the high stake situation of COVID-19 in the country.

The first case was detected in January 25, involving three tourists from China . Between then and now, the number of confirmed cases stands at 1796, with 17 casualties recorded.  A total of 172 new cases were reported as of noon March 25, 66 cases higher than the day before.

The cluster outbreak is believed to have rooted from a religious gathering which was attended by nearly 15,000 participants. An infected person had taken part in the event without getting diagnosed, which resulted in mass spread of infection among the group, which then was transmitted to close family and friends.

Tan Sri Muhyiddin explained in the address that it was a crucial move in effort to flatten the curve. He urged the public to remain calm and take this opportunity to spend time with family and loved ones.

“Please stay calm and don’t panic. Even though we have extended the movement control order (MCO), you don’t have to unnecessarily stock up on food because the supply is sufficient. I assure you that there is enough food for everybody,” he was quoted saying in his speech.

He extended his gratitude towards Malaysians who abided the first phase of partial lockdown which came into effect on March 18, spanning until March 31.

“I know you feel burdened but I don’t have a choice. I have to extend the MCO for your own safety,” Tan Sri Muhyiddin added.

The Royal Malaysian Police and Royal Malaysian Navy have been deported in selected areas across the nation to aid the government and health officials in ensuring the lockdown is run smoothly.

In a related event, investment banking giant JP Morgan warned that Malaysia will likely witness ‘peak infection period’ in mid-April to reach approximately 6300 cases. Their research pointed out that the nation is now experiencing the ‘acceleration phase’ and will soon hit the peak in the curve, before gradually plateauing by end of April.