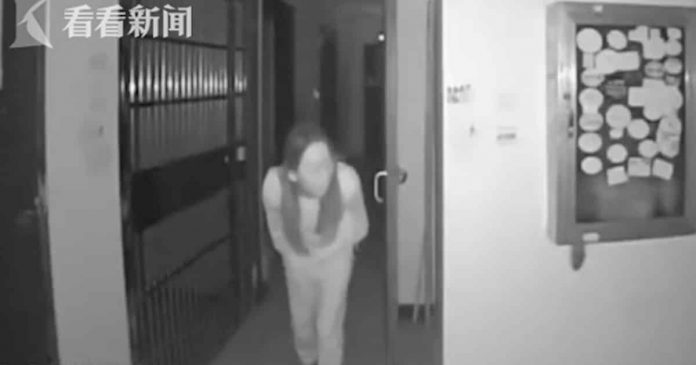 Most of us have been very particular about our hygiene to avoid catching or spreading any virus since the outbreak of coronavirus, which recently known as COVID-19.

Unfortunately, there are insensitive and irresponsible people going around with the intention to deliberately spread the virus for god knows whatever reason – by spitting on elevator buttons and door handle.

A woman in Wuhan has sparked outrage on the internet as she’s been caught on camera to deliberately spitting on a door handle just to spread the virus. Reportedly, 30 other people have already been infected by the COVID-19 in the residence.

The woman carefully moved around to avoid getting seen by other people. Her act has fortunately being reported but her identity has yet to be verified.

While the authorities constantly reminding the public to observe safety precautions so as not to catch the viral disease, there are more inconsiderate people doing the exact opposite.

The woman was spitting and coughing on elevator buttons. Luckily, this woman was eventually got arrested.

As if that is not enough, a group of four people presumably a family believed to be from the Guangxi province were also seen trying to spread the virus in the same manner.

One of them was seen spitting and coughing on a tissue before wiping the dirty tissue on elevator buttons.

What is wrong with all these people?