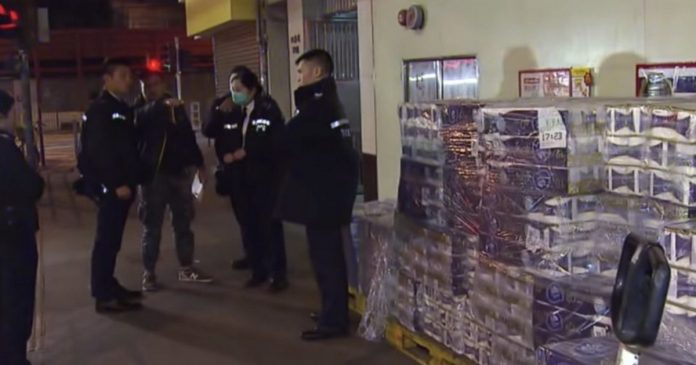 We have witnessed the Wuhan coronavirus, Covid-19 bringing out the lesser known sides of humans. From irresponsibly travelling without following safety procedures to deliberately spreading the disease to the masses, people have just gone on a frenzy since the infection surfaced.

In other parts of the country, people were seen to have cleared out grocery aisles and pharmacies, stockpiling on food and medical supplies.

While these actions have cause rage and dissatisfaction among others, desperation seem to find a new way to shine in times of crisis.

In a recent news, an armed robbery was reported in Hong Kong, involving 3 men with knives. A truck driver was delivering toilet rolls to supermarket when he was approached by a trio wearing caps and face masks.

The scene turned ugly real quick when one of them pointed two knives at the helpless man, while his two partners start emptying the 50 packets of toilet rolls out of the lorry into a cart.

The supermarket is located in the district of Mong Kok, an area known for organized crime gangs involving three people.

Two of the robbers were later arrested by local police near a guesthouse, where HK$1,000 ($128) worth of tissue rolls were found.

Despite the government’s official statement assuring there are no shortage of basic supplies, public have gone into panic-buying mode as of late. Toilet rolls, alongside masks and hand sanitisers, are the most sought after items for bulk purchases.