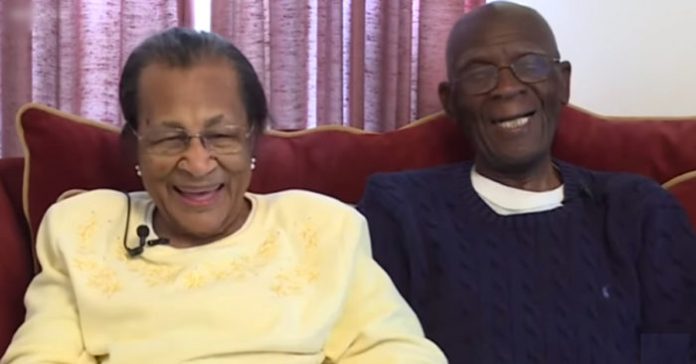 It is certainly not easy to keep a marriage lasting for over eight decades but a couple from North Carolina, USA just know the best secret to a long marriage and it is surprisingly simple.

Not only do they share decades of marriage but the couple also shares the same birthday month as they were born only a week apart.

The couple has survived multiple challenging times including the segregation laws during the 1950s and the 1960s but their love seems to remain as strong as ever.

“Although we lived during the Jim Crow era, we were still able to work and do things in the community. We were not impacted much by it because there were a lot of people willing to assist, who didn’t let the color of our skin stand in the way,” the couple said.

When asked about their secret to keeping a long-lasting and successful marriage, the couple only had a piece of advice

“Be kind to each other,” the couple said, adding that communicating with each other is very important. “We don’t argue or have any fights. If we have a misunderstanding, we just talk it over.”

“The secret to a long marriage is just be nice to each other.”

The couple got married when they were both very young; Willie was only 18 years old while DW was 21 years old.

However, despite all the struggles and conflicts they have gone through, the couple said that they were lucky to have each other through all the challenging times.

Willie and DW first met in Newberry, South Carolina in 1935 and the pair later tied the knot in 1937

They have been blessed with a daughter, Alice Erin and a grandchild, BJ Williams-Greene who adores the couple’s approach to marriage.

In an interview with Good Morning America, Williams-Greene shared the reason she was inspired by her grandparents’ marriage.

“My grandparents’ marriage is an inspiration. They communicate and make decisions together, they strive and achieve together and everyone loves them because they are genuine,” she said.

“They just inspire everyone to be the best they can be.

Williams-Greene added that one of the key reasons why her grandparents have such a long-lasting marriage was because of their strong faith in God and the loyalty they have towards each other.

“They have had such a long, successful marriage because they put God first and are each other’s best friends,” she said.