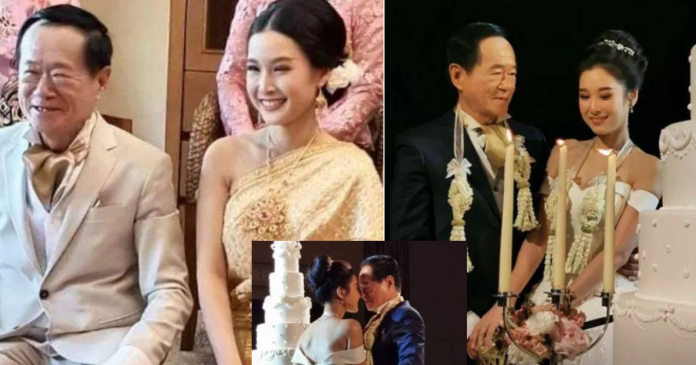 The saying “Age is just a number” really means something to this newlywed couple from Thailand whose age gap between the groom and the bride is almost 50 years.

According to Thai media, the groom is the president of Thai coffee company, Khao Shong. He is almost 70 years old.

Meanwhile, his blushing bride is a 20-year-old.

The wedding quickly made headlines on news after some photos of the wedding were posted to Facebook by one of the groom’s good friends, Chettha Songthaveepol.

It did not take long before the photos were picked up by Chinese, Malaysian, Taiwanese, and Thai news sites after they went viral on social media.

The wedding is the first marriage for both the groom and the bride.

The groom reportedly said that they had planned to tie the knot a long time ago.

“No matter where I am on this Earth, when the day comes, I will return to marry my bride.”