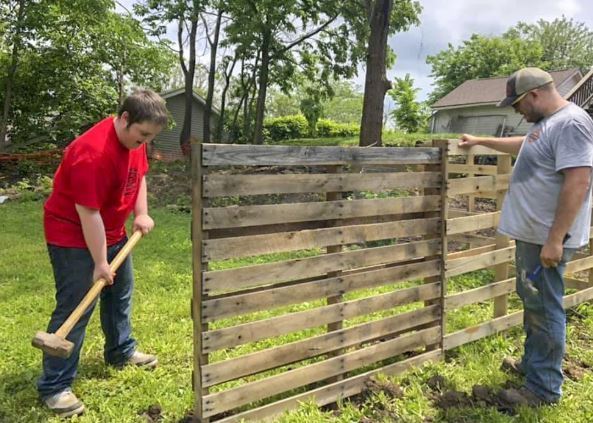 A school in Iowa has the best way to encourage their students to help the elderly and people with disabilities by turning physical education classes into a form of community service.

According to Tim Hitzler, the social studies teacher at the Alternative Learning Center in Dubuque, the idea came after seeing some people in the community especially the elderly and people with disabilities unable to maintain their gardens due to physical limitations.

There are people in the community who very much like to keep their gardens in order but are physically unable to do it by themselves.

Thanks to the new service program, students not only could help to do garden works for those who cannot but they can also earn credits for physical education class

“The students aren’t typically too excited at the beginning, but once they get involved and start doing the yard work, they become more motivated,” Hitzler told NBC affiliate KWWL.

“They really like giving back to people and meeting the person.”

The social teacher said that the program kicked off four years ago after the school launched a garden.

“The students and I and other students come out and help them. Could be raking leaves, pulling weeds, cutting grass, cleaning gutters, just depends on what they need,” Hitzler added.

The teacher said that the program was initially introduced to help the community. Nevertheless, it seems that it has helped students to bond with other people in the community as those who they have worked for invited the students over for dinner and cookouts.

“I’ve had students that graduated that have come back to help,” Hitzler told PEOPLE.

“There’s something about helping people that really need it.”

Friendly Golden Retriever Loves to Hug Strangers on the streets and...