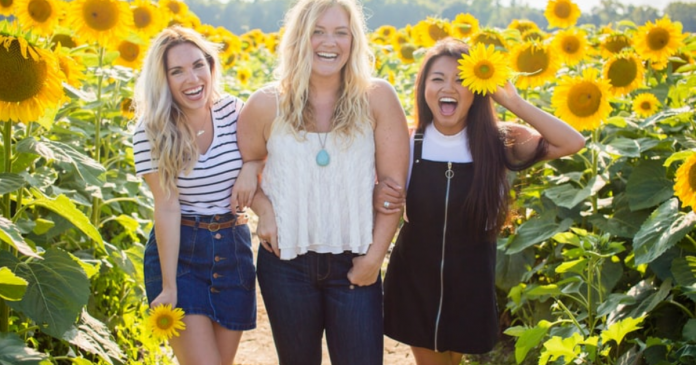 Those who have female siblings, rejoice! Here’s a good news, having sisters apparently makes you a happier and more optimistic person overall.

In a study carried out by Professor Tony Cassidy from the University of Ulster, people who grow up with at least one female family member are known to be better at handling problems.

Prof Tony partnered with researchers from De Montfort University in Leicester for this study. Collecting data from 571 young adults aged between 17 and 25, the questions encompassed basic details about their family structure and organization as well as the respondent’s well-being.

“Sisters appear to encourage more open communication and cohesion in families. However, brothers seem to have the alternative effect. Emotional expression is fundamental to good psychological health and having sisters promotes this in families,” he mentioned in Telegraph.

His study suggested that girls who had sisters were more independent and achievement-driven, as opposed to boys who only grew up with brothers (the category which made up the lowest score).

Prof Tony digressed that this may be due to the natural tendency of boys to not verbally express their thoughts and feelings.

“With boys together it is about a conspiracy of silence not to talk. Girls tend to break that down.”

The research also peeked into the likes of dysfunctional families where the effects were more prevalent, concluding that sisters are looked upon as the next parent figure for younger siblings in cases where the parents are divorced.

Children with no siblings scored in between those with siblings for measure of happiness and optimism.

“With only children we found that they had lots of strong communication outside of the home. It appears that they have as much social support as those with siblings, but it does not come from within the family,” added Liz Wright, co-author of the study.

These social support are most likely stemmed from peers, since they’re the closest to siblings only children have with the same age range as them.

The researchers are of opinion that daughters act as the glue that bonds loved ones together to foster strong relationship and encourage them to be emotionally open in their communication.

More reasons to help your sister with her homework or bring her out on a nice dinner date. You might grow up to become a much more happier person with better coping mechanism.

A Dog in Italy Walks Alone 3 Kilometers Every Day to...

Boy gives away his dinner, an egg, to help raise fund...