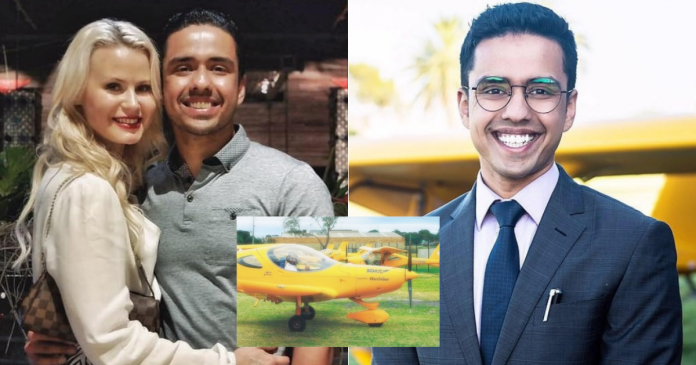 30-year-old self-made millionaire Neel Khokhani did not have the easiest path to become a successful owner of Australia’s biggest flying school, Soar Aviation. In fact, he started with only $5,000 in savings before his idea turned into a multi-million dollar business.

Khokhani who originally came from India migrated to Australia with his parents when he was 16 years old. At the time, he wanted to pursue his dream to become a pilot.

According to the Daily Mail, his determination to become a pilot even made him learn to fly a plane first before he learned how to drive

“I came to Australia with my parents to study aviation at 16 and had my pilot licence by the age of 18,” he told Daily Mail Australia.

He then began working as a flight instructor for four years before he was fired after giving some advice to his boss on how he could improve his airplanes.

Khokhani suggested to his boss about making improvements on his airplanes after hearing about smaller, cheaper and more efficient planes being built in Europe

“Every Friday night, we would catch up for a beer and one night, I decided to give him a few ideas about how to run his business,” Khokhani said.

“He took it quite personally and said “If you think you can run a flying school better than me, then go and start your own”.”

With the savings he had and his first aircraft, Khokhani set up his own flying school in Melbourne. Ever since then, his flying school gradually expanded as more customers returned, allowing him to purchase more aircraft.

Today, he has nearly 60 of light aircraft.

“We’re servicing those customers with full-time jobs who can’t do Monday to Friday lessons, and that’s had incredible uptake,” he told Smart Company.

Since then, Soar Aviation has multiplied its return of investment by almost 600 percent with a profit of $20 million.

Now, the young millionaire has a net worth of $66 million

Building and sustaining a business is never easy and that is why Khokhani felt that patience is the key to success.

“You need patience,” he said. “When I speak to my generation, so many don’t have the patience and all want success 30 seconds into the future.”

“It takes two to five years of hard work to see success in the long term.”