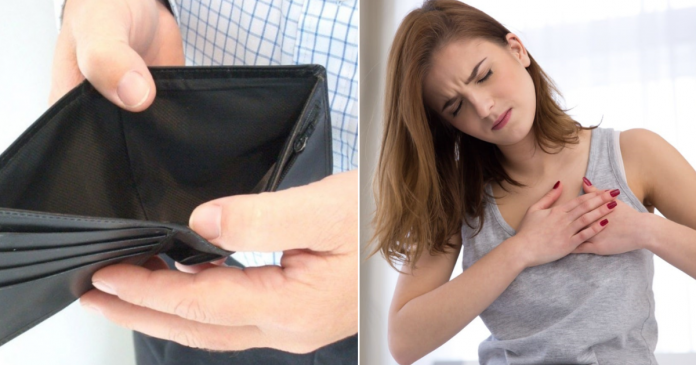 Getting a pay raise is the happiest thing in life. You feel motivated, confident and recognized by your company and you are ready for the next career adventure . Actually there could be more benefits of getting a pay raise!

In a new study published in the Journal of the American Medical Association, having a higher income can reduce one’s risk of getting cardiovascular diseases!

Unfortunately, the risk increases when it comes to getting a pay cut as it increases the risk of cardiovascular diseases by 17 percent.

The longitudinal research involved data collected from 9,000 participants between the ages of 45 and 64 for a span of 17 years.

In the study, a group of researchers from Brigham and Women’s Hospital and Harvard Medical School found that participants who had a salary increment of 50 percent in six years had a 15 percent lower risk of cardiovascular diseases.

Meanwhile, participants who had a pay cut of 50 percent had a 17 percent higher risk of having cardiovascular diseases

According to Stephen Wang, the lead author of the study explained that a drop in income “could push people into poor health habits like smoking and consuming more alcohol.”

People who earn less and live in poor communities also have worse access to healthcare and limited options of a nutritious diet, hence, increasing the risk of having cardiovascular diseases

Wang also suggested that one of the factors may also be caused by loss of health coverage among lower-income earners although they did not find that in their study.

Nevertheless, many studies have proved that there is a strong link between income and cardiovascular diseases.

An ongoing study conducted by the University of Miami Miller School of Medicine also found that negative changes in income could lead to detrimental effects on one’s cardiovascular health.

While it can get tough to earn a higher income or getting a raise, you will have a better chance at lowering the risk of cardiovascular diseases if you try your best at eating a healthy and balanced diet, exercise regularly and just stay away from cigarettes and alcohol

You might not get that raise sooner than you wanted but at least you will not be spending a lot on hospital fees and surgeries.

Viral video—White stray dog gets free takeaway every day from a...