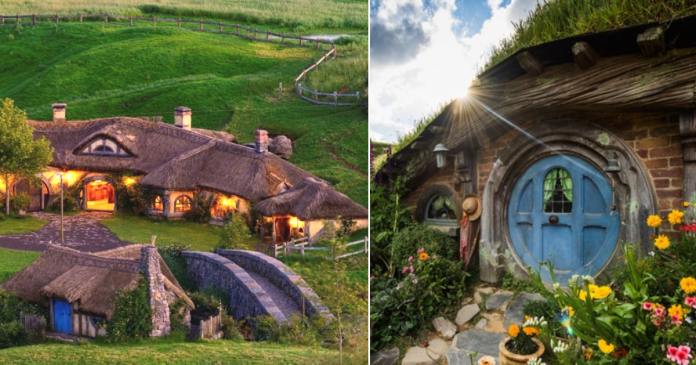 New Zealand is known for its amazing natural wonders including national parks, world-class beaches perfect for skiing and surfing as well as mountainous sides for an exhilarating bungee jumping and sky-diving.

However, not many know New Zealand also boasts wonderful attractions that are rarely talked about.

From the popular Hobbiton, the real Hobbit village in Matamata to the highest peak in the Southern Alps of New Zealand, Mount Cook, here are the top seven places to visit on your next trip to New Zealand:

Featured in The Lord of the Rings and The Hobbit films, this place surely tops the list with all of the props and set of the Hobbit village remain the same as in the films

Even if you are not a fan of The Lord of the Rings or The Hobbit, this village is still one-of-a-kind that you will never find elsewhere

Its outstanding beauty will quickly capture anyone who visits the lake. Wanaka is located in the South Island in New Zealand, just within close proximity to Mount Aspiring National Park, making it the ultimate destination for nature lovers

There, you could also witness the country’s most photographed tree, Wanaka’s Willow that stands in isolation in the middle of the lake.

With the majestic Southern Alps as the background, it is not a surprise that many photographers visited the lake just to capture the stunning image of the “Lone Tree of Lake Wanaka”

Have you ever seen worms glow from the ceiling just like fairy lights?

If you have not seen anything like that, Waitomo Glowworm Cave is definitely the place you want to include in your itinerary

The Waitomo Glowworm Caves is a cave at Waitomo on the North Island of New Zealand.

Known for its population of Arachnocampa luminosa, a glowworm species found exclusively in New Zealand, this cave serves as a unique attraction that will make you feel like you just wander into a fairytale

Located in one of the most picturesque places in New Zealand, Arrowtown was once a busy gold mining town during the height of Otago gold rush

There are still beautiful cottages, shops, hotels and churches built in the 1800s that are well-preserved in the historic town

A special highlight of the town is the Chinese settlement at the end of Arrow River which was built by Chinese miners in 1868.

A part of a UNESCO Dark Sky Reserve, Lake Tekapo is located in the Mackenzie Basin where you can admire the turqoise-colored lake and the mountains of the Southern Alps

Dark Sky Project is located in the heart of the Aoraki Mackenzie International Dark Sky Reserve, the world’s largest Dark Sky Reserve in the world and the first to be awarded gold tier status

Dubbed as the “Most Beautiful Lake in New Zealand”, Lake Pukaki is iconic for its high mountain peaks of Mount Cook

Lake Pukaki is the largest of the three alpine lakes in the Mackenzie Basin on the South Island of New Zealand.

Mount Cook is the highest peak in the Southern Alps of New Zealand with a staggering height of 3,724 meters. Its mountain peaks are usually covered with snow all year round

New Zealand’s mountaineer Sir Edmund Hilary is famously known for climbing the mountain in his preparation to conquer Mount Everest.

There are also several hiking trails in the mountain range such as Tasman Glacier Lookout, Hooker Valley and Sealy Tarns for hikers who prefer relatively flat paths and more relaxing hiking experience