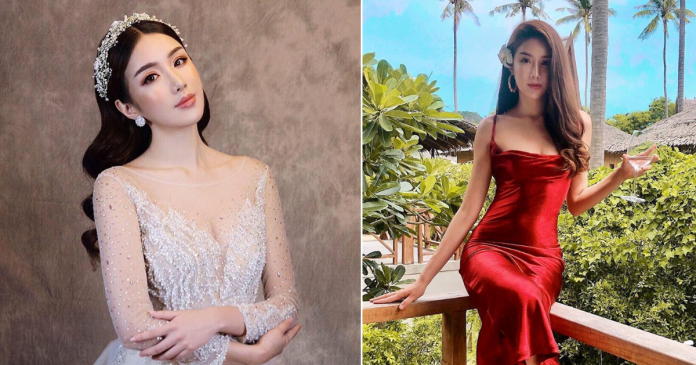 Meet Malaysia’s new Miss International representative who has stunned thousands of people with her gorgeous looks and 3.9 CGPA, Charmaine Chew.

According to SAYS, the 22-year-old beauty who will be representing Malaysia at Miss International 2019 is currently pursuing her studies at Taylors University Lakeside Campus in Public Relations.

A double-major student, Charmaine is also making a name as a well-known public speaker.

Apart from scoring in exams with flying colours, Charmaine also does modelling and has modelled for giant brands such as Shiseido, Samsung, UOB Bank, Subaru, and Sofy

Looking all natural and confident in front of the camera, Charmaine revealed that she was actually introverted and shy

Coming from a small town in the southern region of Malaysia, Kedah, Charmaine said that she first thought she would follow her parents’ footsteps as an entrepreneur or a banker after she graduated, as WOB reported.

Nonetheless, fate brought her to the entertainment industry as a model instead

According to Charmaine, she decided to join the entertainment industry after entering her first beauty pageant

“I joined my first beauty pageant when I was 20 years old and it gave me my first glimpse of what the entertainment industry is all about. Joining the competition gave me a lot of exposure and job opportunities, and that was how I kick-started my career in showbiz,” Charmaine said.

“Since young, I was raised to put 100% in everything that I do. So I was just curious about everything, I would constantly ask a lot of questions on set and seek their advice in private,” she said.

“I think they can sense the fire in me and that I really wanted this,” Charmaine added.

Well aware that the entertainment industry can be competitive and cruel at times, Charmaine said that she has learned to take rejections and challenges as motivation to improve herself

“A lot of people only see the glitz and the glamour of being a model or a celebrity, but what they don’t see is the rejection we face on a daily basis. Being in front of the camera means we have to go the extra mile to set higher beauty standards for ourselves and take extra care of our appearance, and that can sometimes take a toll on our self-esteem,” she said.

“But I’ve learned from my experience to just take the rejection as a motivation to polish my skill set and work even harder. I always believed that bigger opportunities await you when you put all your focus on perfecting your craft with passion and determination.”

“Work hard, know your purpose of why you’re joining the beauty pageant and what legacy you want to leave behind,” she said.

“It is so important to use your responsibility as a beauty queen to make a difference and lend your voice to those who need it. Enjoy the process of becoming the best version of yourself and know that whatever the outcome may be, it’s only the beginning of molding you into the woman that you’re meant to be.”

The 173-cm beauty will be competing against 82 other contestants from around the world in the upcoming Miss International 2019 which will be held in Tokyo on November 12.

Couple spends 30 hours inside a coffin at Six Flags’ Couples...