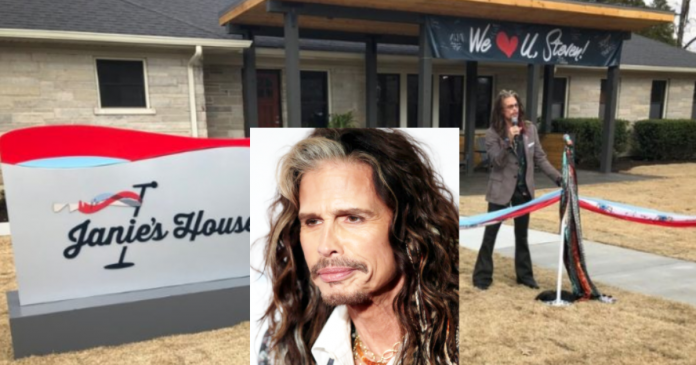 Steven Tyler may be known for being the frontman of Aerosmith but not many people know that he has been vocal about supporting good causes and raising awareness to help abused and neglected girls.

The rockstar has recently opened “Janie’s house”, a shelter for girls who have been abused and neglected at Youth Villages in Bartlett, Tennessee, CBS News reported

Youth Villages is an organization that helps provide support for families with emotional, behavioral and mental problems.

According to Tyler, Janie’s House is named after “Janie’s Got a Gun”. an Aerosmith’s hit song, which was released back in 1989

The song was about a girl named Janie who sought revenge on her father who abused her.

Tyler also donated US$500,000 to the charity organization and the donation was used to build the second Janie’s House

The first Janie’s House is in Atlanta which was first opened in 2017.

Even though Tyler is known for his charitable donations and supporting causes like MusiCares and the Elton John AIDS Foundation, the rockstar realized that he wanted to do something to help the girls who had been abused when he visited a treatment center

“All the girls I met had been abused either physically, mentally, verbally, you know. At least 90 percent of them all,” Tyler said as reported by LocalMemphis.com.

Janie’s House will be the new home to 14 girls at a time, around 26 to 30 girls in a year. The house will also provide therapy and support to the abuse victims.

Apart from Janie’s House, Tyler also created Janie’s Fund, a charity project aims to raise money and awareness for the same cause.

This 9-year-old boy is about to become the world’s youngest university...