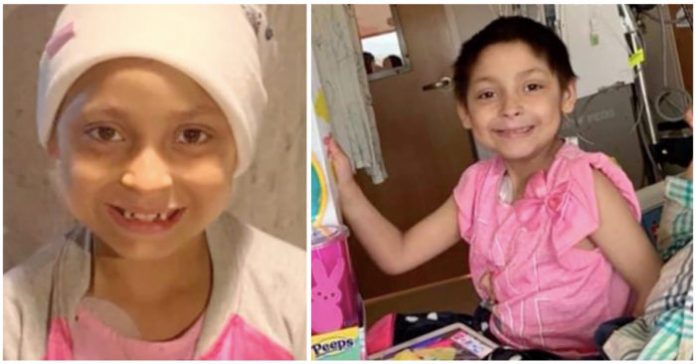 After successfully defeated cancer, 8-year-old Zoe Figueroa feels more than relieved but the girl never forgets her friends who are currently fighting the same fight. Hence, in the true spirit of friendship and love, Zoe decided to celebrate her birthday by turning it into a charity event for children with neuroblastoma.

It has certainly been a tough journey for Zoe who was first diagnosed with Stage 4 neuroblastoma, a type of cancer that develops from immature nerve cells found in the body in 2018.

She had to undergo a 10-hour surgery to remove the tumor which was located in her chest down to her pelvis on top of multiple rounds of chemotherapies, radiation, and two stem cell transplants, GMA reported

Nevertheless, Zoe proved that she was stronger than cancer when her scans came back clear earlier this year in January

When she completed her final treatment for Stage 4 neuroblastoma on June 30 which was also her birthday, Zoe knew that she wanted to celebrate in a more meaningful way than she used to.

So, on July 6, Zoe and her family hosted a charity event and requested all the 200 guests in attendance to bring an unwrapped toy or make charitable donations to local foundations for children with neuroblastoma instead of bringing gifts for her

“She’s been incredibly blessed in this journey through foundations and she doesn’t need anything [else].”

Neuroblastoma is a type of cancer that begins in the nerve cells outside the brain of an infant or a child. While it can start near the spine in the neck, chest, abdomen, or pelvis, it often starts in the adrenal glands, as explained by Cancer.net.

About 80 percent of children who are diagnosed with neuroblastoma manage to live at least 5 years after the cancer is found.