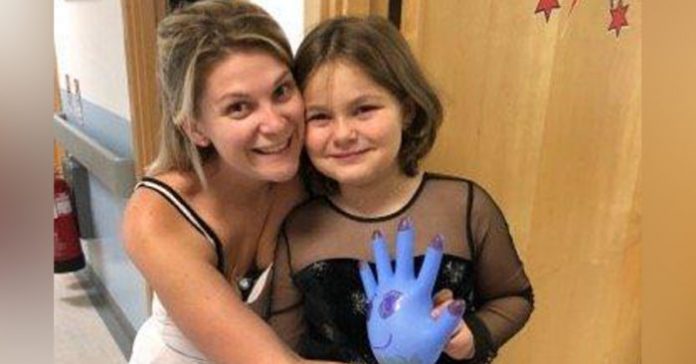 After being diagnosed with cancer at the age of five, all Lily May Filmer wanted was to fight for her life and beat cancer. Thankfully, three years later, she is now officially cancer-free.

In May 2017, Lily was diagnosed with acute lymphoblastic leukemia

She had since received treatments at Worcestershire Royal Hospital and partly at Birmingham Children’s Hospital.

In spite of having to spend most of her days with chemotherapy sessions at the hospital, Lily remained cheerful and strong as described by oncology nurse specialist, Dawn Forbes.

“Throughout her treatment, Lily has remained strong, brave, resilient and cheerful,” Forbes said.

Fortunately, after three years of intensive treatment and regular checkups, eight-year-old Lily is now declared cancer-free and no one is happier than her mother, Kayleigh Chapman

“We are happy that Lily is in remission and off treatment. We are starting to see her go back to her usual self,” she said to Worcesternews.co.uk.

According to Kayleigh, there times when they had to cancel family vacations because Lily was not feeling very well and that she kept looking at the clock to make sure Lily had her medicine on time.

However, those are now a thing in the past as Lily finally beats cancer

It has been a tough time for both Lily and her family members but they still have to closely monitor Lily’s health until she turns 16 and moves on to adults’ long-term plan.

As for Kayleigh, she is forever grateful for Lily’s recovery and the supports they received from the hospitals where Lily underwent her treatment

“I want to thank the whole team of paediatric oncology nurses, community nurses and doctors for helping our family through this horrendous journey. The team have cared for both parents and children with such kindness and empathy,” Kayleigh said.

Even though this cancer most often affects children between the age of 3 and 5, about 98 percent of them go into remission after starting their treatment and 90 percent of the children are considered cancer-free after 10 years of remission.