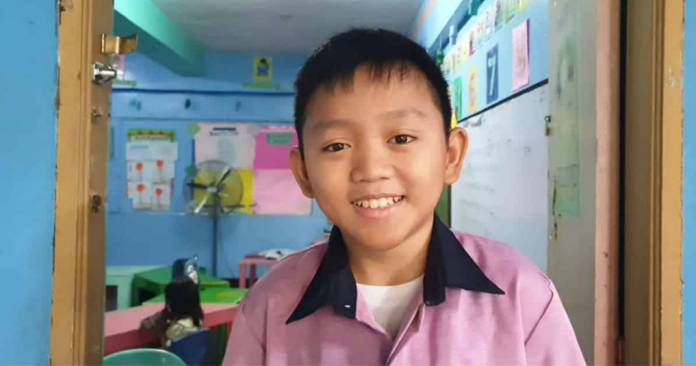 At first glance, Ian Francis Manga may pass as a primary school student but believe or not, he is already 22 years old and currently working as a teacher!

Thanks to his youthful looks, Ian who is a teacher in San Jose Del Monte in Bulacan, the Philippines appears way younger than most people in their 20s.

While the young teacher became viral on social media due to his baby-faced looks, he often gets mistaken as a student at the school where he teaches

According to him, he suffered from stunted growth as a result of a difficult childhood and frequent illness. Due to that, Ian is visibly shorter than most 22-year-olds.

Ian who is 162 cm tall often gets mistaken as his classmates’ younger brother and even, their child. There are countless times when strangers thought that he is still in primary school but it does not stop him from becoming a teacher.

Nevertheless, Ian who teaches students in kindergarten and second grade said that he was never bullied for his youthful looks growing up.

While he admitted that it had been a struggle to look younger and smaller than his peers, Ian said that his outgoing personality helped him to overcome his shortcoming

“I was not bullied because I was friendly. I made friends with my classmates easily. There would be times that I would be bullied by people who didn’t know me but I just ignore them,” Ian said.

Despite his young looks, Ian said that he has no problems to carry out his responsibilities as a teacher including making sure his students are disciplined and well-behaved at school

“When I get serious, they get serious as well,” he said. “I need to be strict because I am a teacher. It can’t always be all play, they also need to be serious in class.”

Some factors include frequent illness, inadequate food intake, and undernutrition.

Ian may be shorter and smaller than people his age but there is definitely a lot to learn from his story.

He certainly proves that one can succeed with the right skills and determination despite whatever limitations they may have!

Watch more of his story here