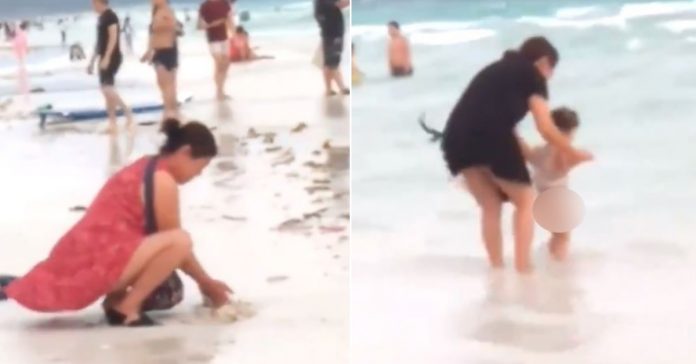 In recent years, many countries welcome the Chinese tourists because of their large number and good spending power. However, due to the different moral standard and culture in Communist China, some tourists behave against the norms and attracted global attentions.

In August 13, a Filipino netizen shared a video showing a Chinese tourist burying a dirty baby diaper in the white sand of a beach on the Philippine resort island of Boracay, forcing authority to close the beach for 72 hours.

▼ Boracay, Philippines is a well-known holiday resort, but some people have witnessed that this Chinese aunt buried her child’s diaper on the beach. 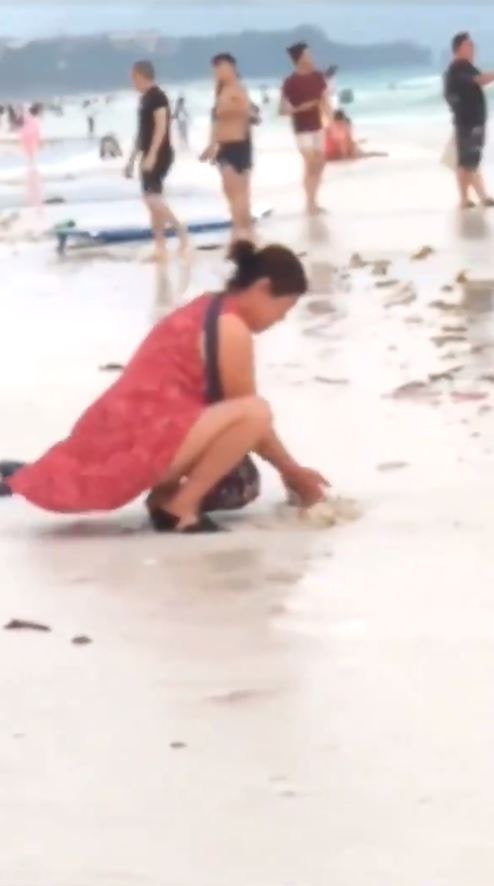 The aunt apparently wanted to hide the used diaper. She grabbed the diaper, dug a pit, and then covered it with sand. Well, to be fair, it’s better than just leave the diaper on the beach alone.

▼ Next to the camera, another aunt with a child and went to the beach to clean the naked lower body. 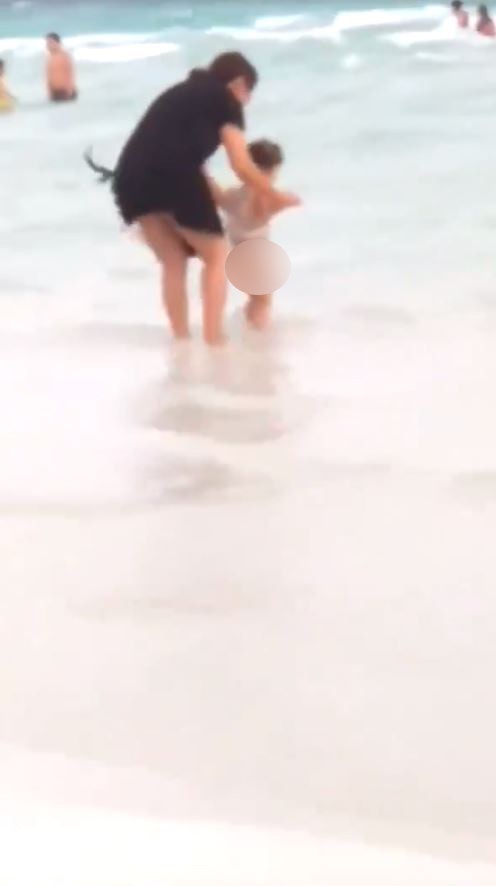 Philippine Presidential spokesperson Salvador Panelo said, “we feel insulted with such discourtesy done in the beautiful island this administration recently rehabilitated with intense and collective efforts employed by various departments and agencies of the government,” reported Inquirer.net.

A 100-meter square area was cordoned off from tourists by the Environment and Natural Resources Department to make way for a 72-hour cleanup. Natividad Bernardino, General Manager of the Boracay Inter-Agency Rehabilitation Management Group, told ABS-CBN News that people would be temporarily restricted from swimming in the area while, “we conduct a clean-up operation and locate where the diaper was buried. We are now digging in the area.”

Philippine Tourism Secretary Bernadette Romulo-Puyat told ABS-CBN that “The positive thing to come out of this is that Filipinos are conscious to maintain the cleanliness of Boracay Island. Boracay had been closed off to visitors for six months last year to undertake a massive cleanup operation on the island.
In addition, the Philippine government is also actively tracking the identity of the aunt. Filipinos are frustrated that Boracay was polluted by foreign tourists, and in the past four months, it was closed for half a year to solve the garbage problem.

Ok I’m pRESSED about those Chinese women having the audacity to bury their child’s diaper in the sands of Boracay. DISGUSTING. The island has trash bins scattered along the front beach and they really chose to place it in the sand ?? pic.twitter.com/PAfTQuf4yR