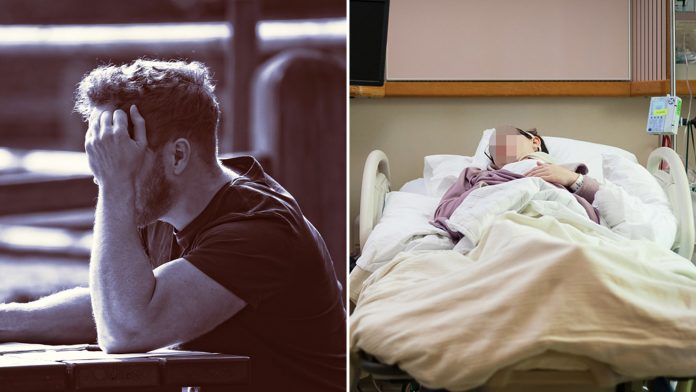 Working until late night always comes with a cost and every single time—and it’s your health.

According to China Press, a hardworking teacher known as Zhang suffered from a sudden stroke two years ago while he was giving a lecture. At that time, it was a crucial year for the students and Zhang was extremely busy preparing his students for their graduating examinations to make sure they were all well-prepared for it.

Thanks to his high dedication towards his career and beloved students, Zhang would work late into the night and have insufficient sleep—neglecting his health. Over time, that routine caused him to develop a headache.

Regreting not taking care of his health back then, Zhang would only take some pills and rest if he’s having a headache—thinking it would be fine sooner or later.

Unfortunately, over just a month before the school holiday, Zhang started to experience intermittent headaches. So he did the usual, take his pills—but it didn’t get any better. He had dizziness and nausea. His wife urged him to rest more, but this is clearly not enough because he suddenly crumpled to the ground one day and scared his students.

Zhang was quickly rushed to the hospital and it turned out that he was diagnosed with a stroke. Luckily, he survived the incident. Later, he visited a traditional Chinese medicine physician and asked on why he suddenly suffered from a stroke.

The physician told him that it was not unusual as he had been experiencing intermittent headaches with dizziness and nausea for almost a year—and these were the possible symptoms of a stroke.

Verywell Health reported that having a headache is a common symptom of high blood pressure or stroke. However, Zhang only thought that it was a small issue because he wasn’t aware that headaches were related to stroke.

Currently, Zhang is still working on his speech ability as it is not fully recovered after his sudden stroke attack years ago.

Make sure to pay attention to what your body is telling you!