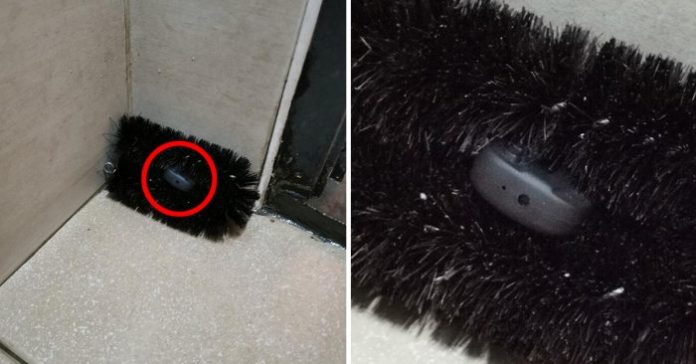 Increasing cases of hidden pinhole cameras secretly installed in hotel rooms and public toilets have the people wary about someone taking lewd images of them without their knowledge.

While previous cases first went viral in other countries in East Asia and Europe, it appears that it has made its way to Southeast Asia.

Just recently, there was a public uproar after a Facebook post went viral following a customer’s unexpected discovery of a hidden pinhole camera tucked away in a toilet brush at a Tealive outlet in Malaysia.

The post warns the public to keep an eye for a hidden pinhole camera after the customer allegedly found one when he was using the toilet at the Tealive outlet.

During the incident which happened at around 11 pm on July 17, the customer spotted a hidden pinhole camera tucked away in a toilet brush after he found the brush suspicious.

The customer then alerted the store manager and they immediately stopped other customers from using the toilet.

Fortunately, there were no other cameras found hidden in the toilet after a further check.

They then decided to lodge a police report.

According to police, they found a memory card inside the camera which only contained sounds but not images.

After a further investigation, they caught a suspicious-looking man entering the toilet before the incident on the CCTV footage. However, there were no other proofs that the man was the culprit so the outlet decided to not release photos of the suspect.

Following the incident, the Facebook post was shared with the public to remind people to be alert when using public toilets and to always check for any suspicious objects.

The mystery of La Pascualita, the bridal shop mannequin which looks...