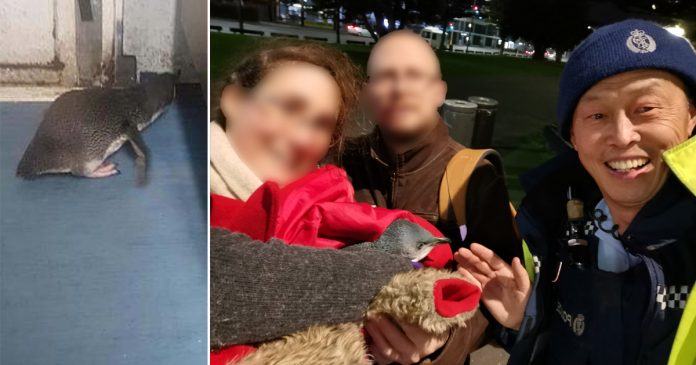 You can’t ignore the law even when you’re a bird! Thanks to their rebellious attitude, two tiny penguins have recently been ‘detained’ for a possible case of trespassing by the police in Wellington, New Zealand.

According to Mothership, the Wellington District Police stated in their Facebook post that a lone little penguin was first spotted on the road on July 13 but the small fellow was quickly picked up by the police with the help from the members of the public. It was then released back into the sea—but that’s not the end of it.

The penguin was keen on whatever he’s trying to do and refused to give up.

So two days later, the penguin came back—this time with a companion. It turned out that the adventurous little birds subsequently took refuge beneath a sushi shop at the Wellington Railway Station.

The cutest criminals probably not planning to give away their hiding spot, but the sushi shop owner discovered the hideaway upon hearing the birds’ cooing. Around 6:35 AM, the police received a second call informing them that the pair of birds had made their way to the Wellington Railway Station.

They have chosen to camp out beneath the shop near the grill—where it’s warm and toasty.

Luckily, the police were able to temporarily detain the penguins and return them to the sea again. Yet, that was still not the end. The determined penguins returned the third time on the same day. The shop owners told a local media that the little birds were crossing busy roads between the harbor and the station to reach the sushi bar.

It turned out that the birds were apparently searching for nesting sites to lay their eggs. The Department of Conservation (DOC) was then called in to send the birds back to their natural habitat. The birds were placed in a nesting box at the waterfront. But despite the police and conservation department’s efforts to relocate them, the penguins might leave their nesting box and end up at the sushi shop again because DOC volunteer Mike Rumble mentioned that it’s natural for penguins to always return to where they possibly were nesting.

A member of the conservation department also advised people against going near the penguins as they might have a nasty bite.

With the new nesting box, hopefully, the penguins will stop risking their lives to reach the sushi shop again.

These adorable monkeys are being extra cheeky and playful—But not in...

If you see a dog wearing a yellow ribbon, please think...