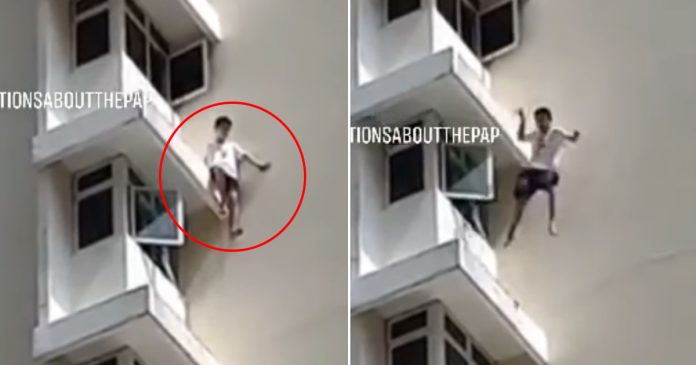 It is quite common to see some children and teenagers who are addicted to using electronic devices to throw tantrums when their parents take away their mobile phones and tablets but one boy from Singapore took it to the extreme by sitting at the ledge of a condominium.

In a now-viral video on Facebook, the boy can be seen sitting at the very edge of a ledge of a condominium in Sengkang West in Singapore.

In the video, the windowpane where the boy was sitting was swung open, indicating that he climbed out of the window by himself. 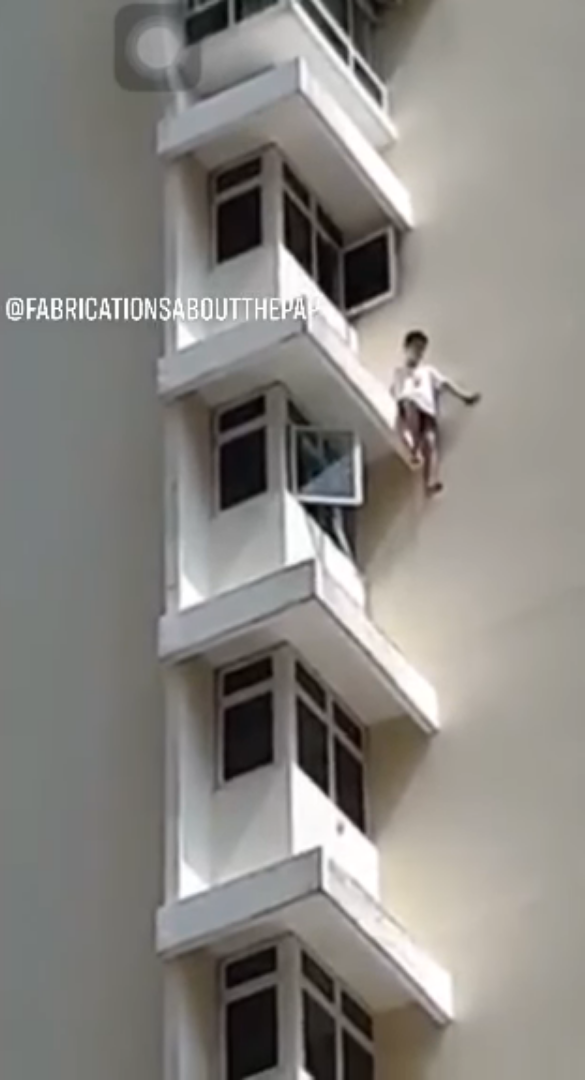 It was reported that the boy’s action was the result after he became furious as his parents confiscated his mobile phone and iPad, according to World of Buzz.

The alarming video continued when the boy took a wrong step and accidentally fell to the ground below. 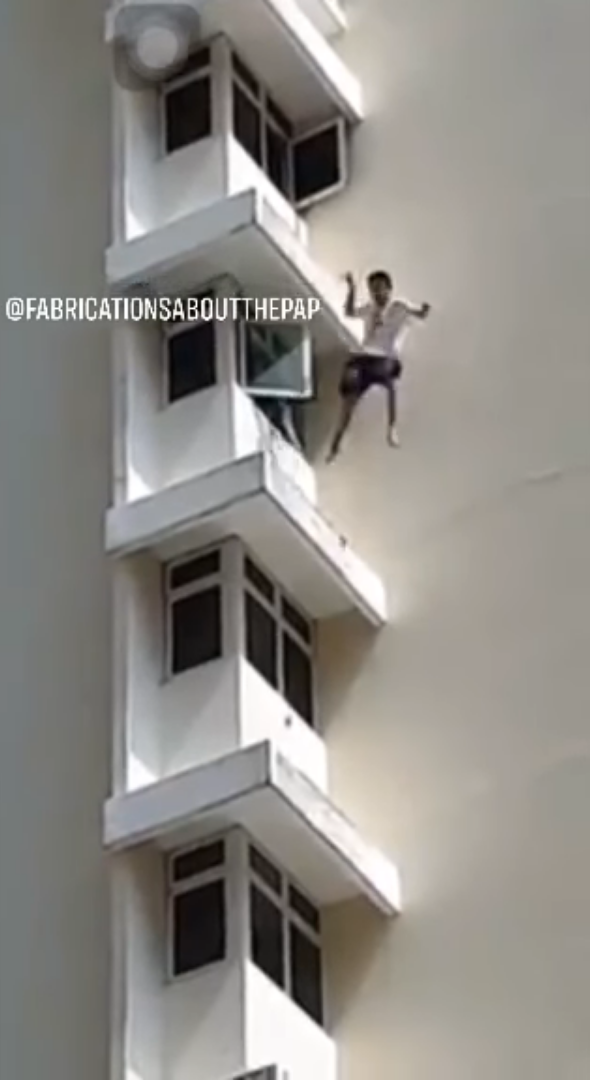 Fortunately, there was an inflatable jump cushion prepared beforehand by the firemen which saved the boy from any life-threatening injuries.

According to Mothership, the boy had fallen from the 17th storey ledge.

While the distressing scene may have ended with the boy unharmed, it could have gone terribly wrong if no one noticed that the boy had climbed out of the window and sat the ledge of the condominium. 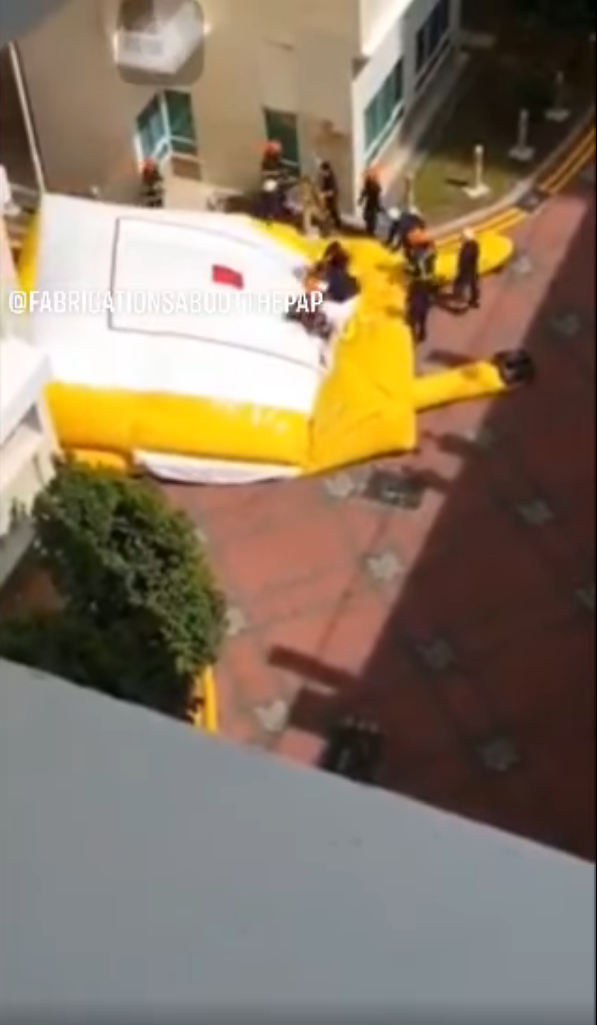 The boy’s action may be immature and dangerous but it is still important for others to understand his feelings, especially his parents. Considering that he felt too attached to his electronic devices, he could have taken it to the extreme as he spent more time with the mobile phone and iPad than communicating with his parents.

It is true that technology was created to ease our life and parents often give electronic devices to their children to keep them entertained. However, it should no way be a substitute for the parents’ presence.

The boy might be lucky to have someone called the firemen just in time before he fell to the ground but there could be many other children like him and they may not be as fortunate as he was.

2 friends caught a net full of fish but when they...