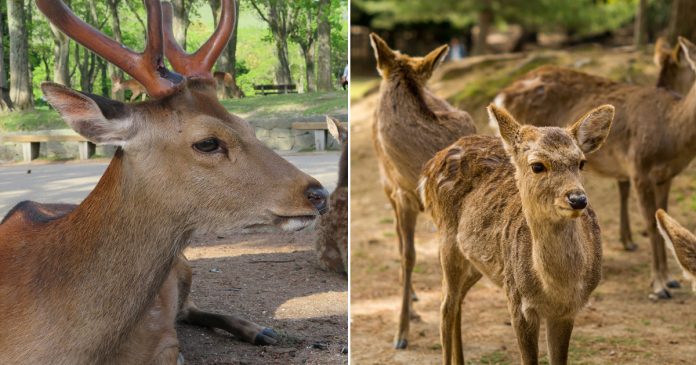 Japan’s Nara Park is well-known for its free-roaming deers which are friendly and often bow to tourists for some tasty treats.

Unfortunately, the deer population in the park is now threatened because of careless and selfish human actions.

Nine deer have been found dead since March 2019 after swallowing plastic bags, according to Washington Post.

The Nara Deer Preservation Foundation revealed that there had been 14 deer who died since March but nine of them were found with unbelievable objects in their stomachs — snack packets and tangled masses of plastic.

In March, a deer who appeared to be sick before it died was found with 3.2 kilograms (around 7 pounds) of plastic in its gut.

However, that was not the heaviest amount of plastics found in a dead deer in the park. The heaviest mass of plastic recorded so far is 4.3 kilograms (9 ½ pounds).

The plastics clogging their stomachs was the main reason why the deer died from malnutrition and weakened immune system. The presence of plastics in their gut prevented them from getting nutrition from the grass they eat.

Tourists who visited the park can only feed the deer with deer-friendly crackers which are sold in the area.

However, the plastic bags found in their stomachs suggest that they were likely to come from tourists offering snacks to deer from plastic bags.

This may have caused the deer to mistaken the plastic bags that tourists use or hold as food which led to them accidentally ingested the plastics.

According to The Japan Times, Nara Prefectural Government has launched an investigation to investigate the situation and carry out preventive efforts.

Following the incident, the government plans to put up illustrated signs to warn tourists not to feed deer other than the deer-friendly snacks.

Members of the deer foundation will also regularly patrol the park to prevent deer from eating discarded plastic items.

A Japanese lady was building a snowman when she noticed a...