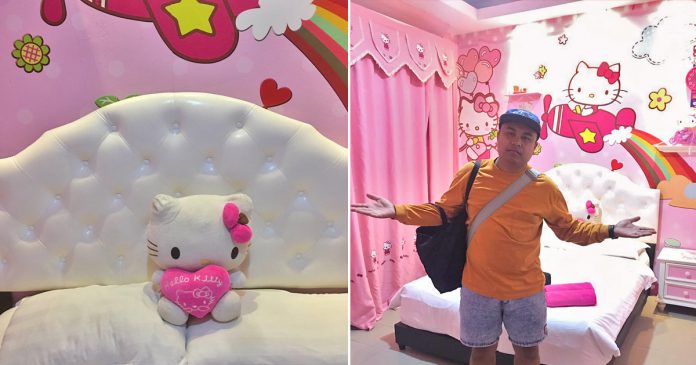 When Amy Medusa wanted to check in to the hotel that his wife had booked for him, he never expected for the room to be fully covered with Hello Kitty wallpaper.

The Malaysia-based videographer and photographer recently revealed on Twitter how he was pranked by his wife in the most epic way and it involved everything pink and Hello Kitty!

According to Amy, he had traveled to Malacca with his friend on the morning of July 10 and they were eager to stay at the hotel which Amy’s wife had booked for them earlier.

It was only when they had checked in to the room that they realized Amy’s wife had pulled a prank on them.

Turns out, the hotel room where they were supposed to stay that day was a Hello Kitty room. 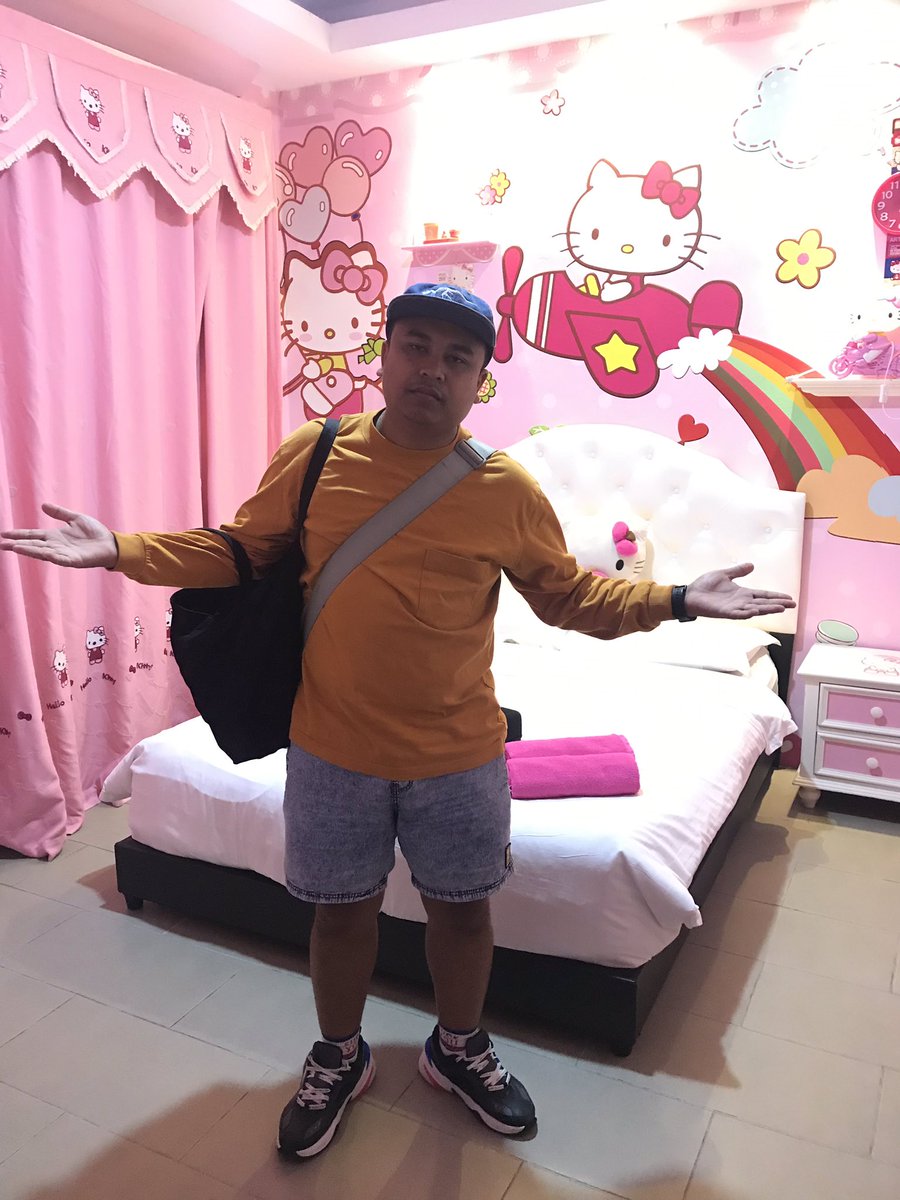 The hotel room is part of the Fantasy Hotel in Malacca which is known for their unique cartoon-themed rooms. 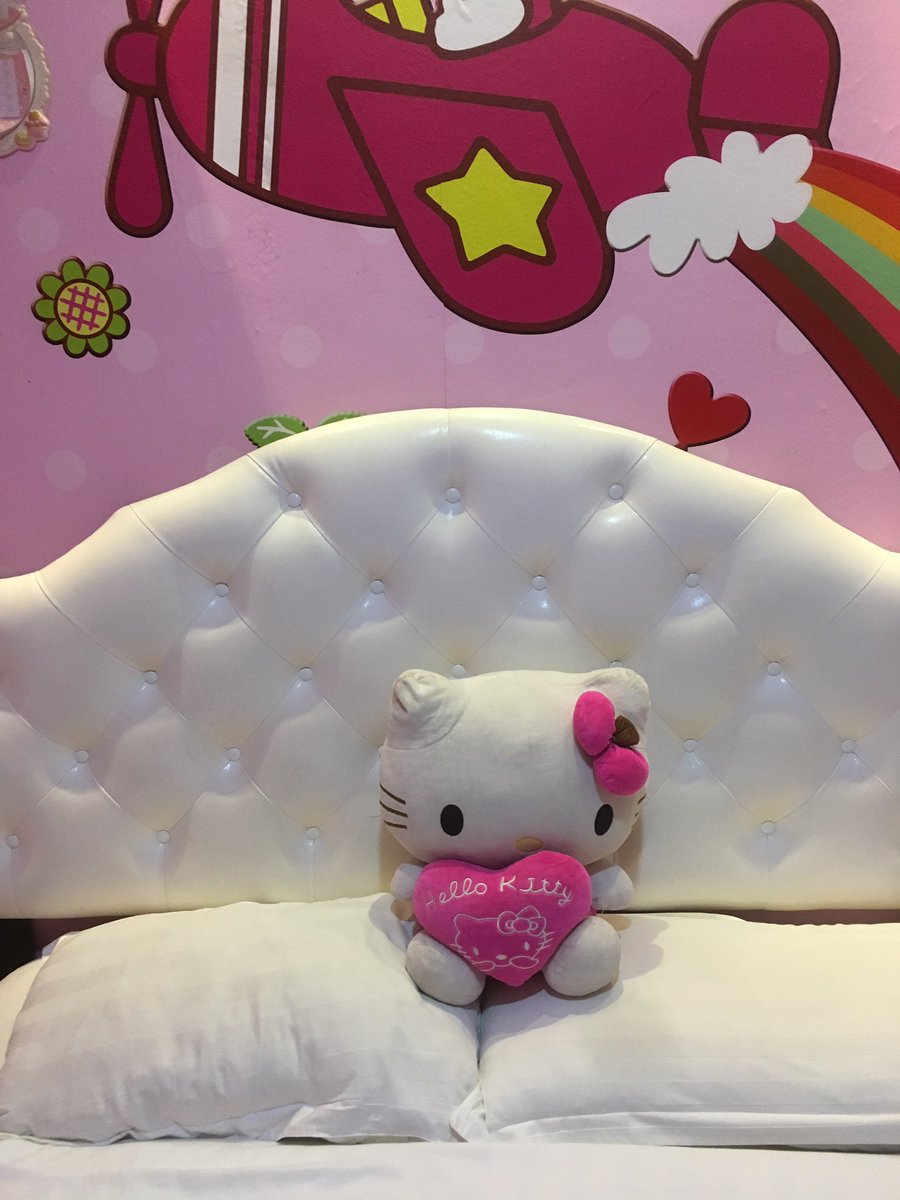 Amy’s wife knew that her husband was traveling with his male friend to Malacca and may have probably thought that it would be hilarious to pull a prank on her husband. 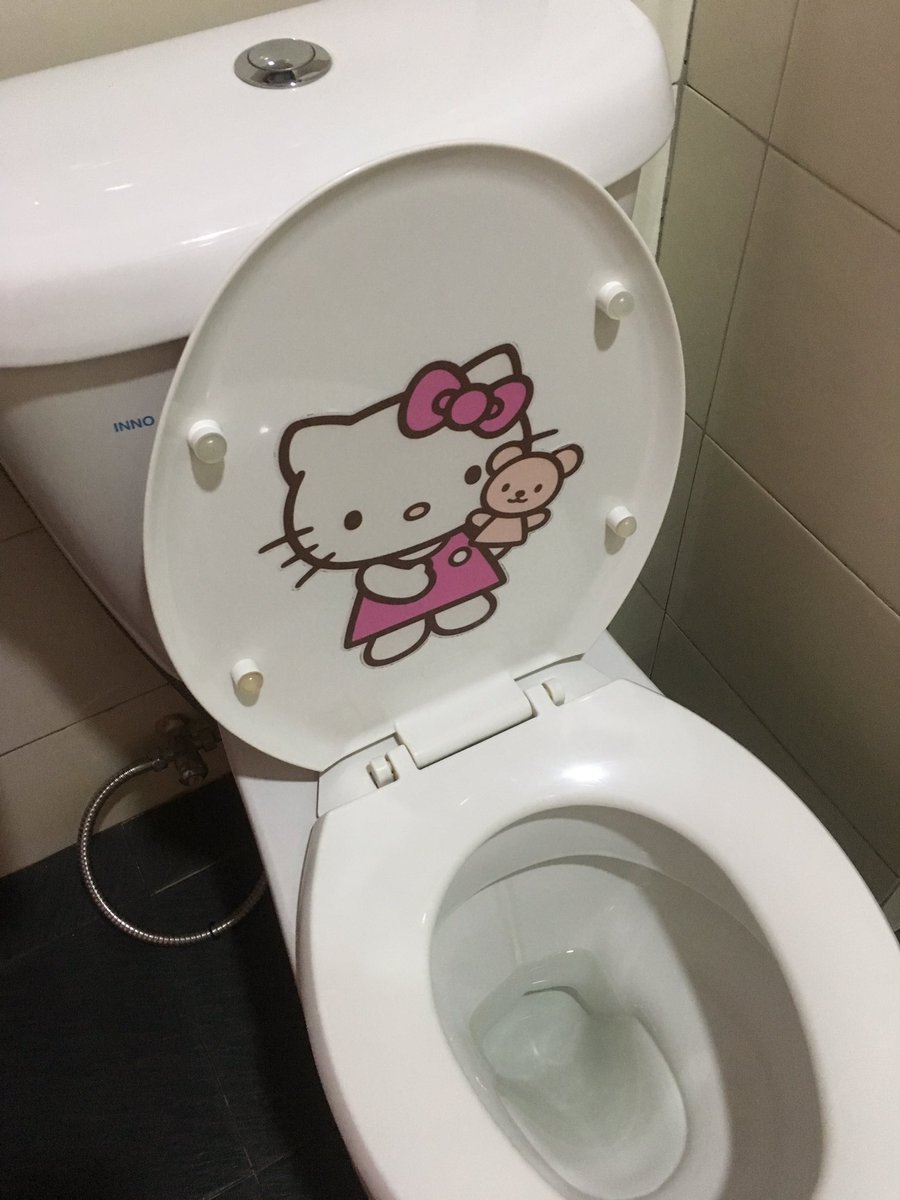 Nevertheless, it seems like her prank was definitely successful and the couple may have probably shared a good laugh together including Amy’s friend who appeared to really enjoyed the pink towel and the Hello Kitty plush toy provided!

Amy’s tweet which has now gone wildly viral on social media has the netizens roaring with laughter as many of them commented that the wife had a great sense of humor.

Some netizens were even interested to spend a night at the hotel after seeing the viral tweet.

It seems like the hotel may have a huge influx of visitors soon thanks to Amy’s wife!