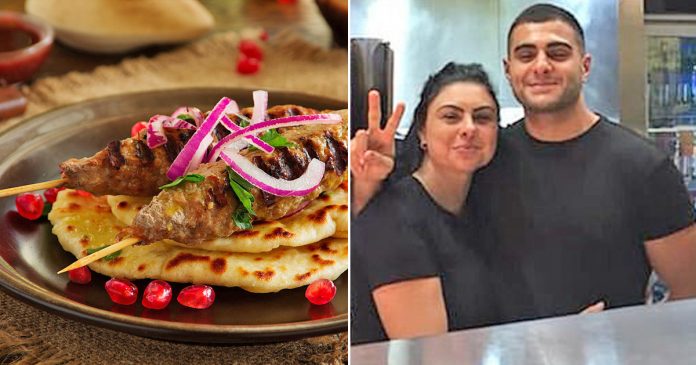 A generous kebab shop owner in Sydney has won praises and love from the internet for feeding a mentally ill man for free every day.

The charity act began two years ago when the staff at Kenny’s Kebabs met the man for the first time. The man asked for some chips worth a dollar and became a regular presence at the kebab shop ever since.

According to owner Linda Taskin, the man has always had the same order, a meat kebab and a soft drink nearly every day.

Even though the man was “totally harmless and sweet,” as Taskin was quoted, people generally avoided and ignored him because he was mentally ill.

The man apparently lives in government housing and suffers from Parkinson’s disease.

“He makes sure he says ‘hello’ and never leaves without saying goodbye, and knows all of our names,” Taskin said.

She also recalled the time when she got the man a new belt from Kmart because his pants kept falling down.

“Our homes, businesses and hearts are open to everybody,” Taskin added.

“I hope people are a bit more aware of people that are in need, and he’s not the only one,” she said.

The kebab shop became viral on social media after one of their customers saw their act of kindness when the man came to the shop for a free meal.

In the viral Facebook post, the customer which goes by the username Karen Mcc encouraged the netizens to be kind to others especially those who are in need.

“This is something that you just don’t see any more. And it’s a shame. We should do more for the people in need. Be kinder to one another. Be more selfless,” she wrote.

It did not take much time for the post to attract comments and praises from netizens who were impressed by the generous and kind-hearted kebab shop owners.

“It wouldn’t surprise me of their good deeds the staffs are truly A+ to their customers and community,” one netizen wrote.

“How wonderful you and your staff are. Thank you for your generosity and LOVE. The world needs many more people like you,” another netizen commented.

Giving a free meal to people in need is certainly admirable but the kebab shop owners definitely deserve praises for feeding the man free meal for nearly every day. It is always the small act of kindness that goes a long way.