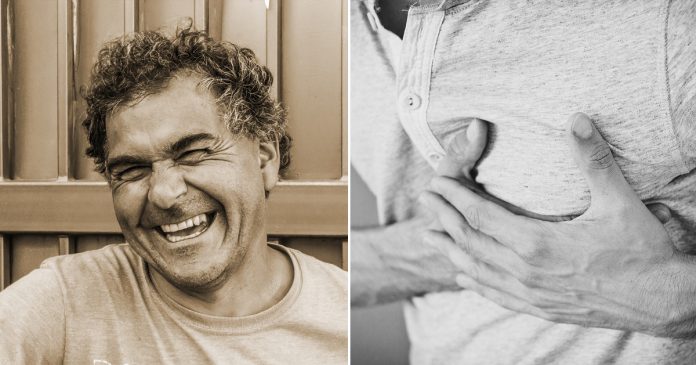 Death from laughter rarely happens but it does not mean it never happens just like in this unusual case of a man from China who passed away from laughing too hard at his neighbor’s jokes.

According to Chinese media reports, it happened when the neighbor who was identified as Mr. Zhou from Zunyi city in Guizhou province, China met his neighbor earlier this year on February 6.

The two then started chatting before Mr. Zhou told a joke and his neighbor began to laugh so hard for quite a while.

What appeared to be just a friendly neighbor small talk took a tragic turn when the man suddenly turned blue and collapsed on the ground.

Panicked and confused by the sudden turn of events, Mr. Zhou then fled from the scene instead of rescuing his neighbor from the imminent death. The man then died on the spot.

The man’s niece knew that her relative was talking to Mr. Zhou prior to his death and confronted him about what had happened.

However, Mr. Zhou who was probably feeling guilty refused to cooperate which led the man’s family to file a police report later on.

Following an autopsy, the police revealed that the man died from coronary heart disease and him laughing so hard had caused a burden to his heart.

The police initially suspected Mr. Zhou as he should know that the man had coronary heart disease and could have trouble breathing if he laughed too hard.

Nevertheless, they later discovered that Mr. Zhou was not aware that his neighbor suffered from heart disease and that it was just his friendly manner to joke with him.

He was not charged with any criminal offense but upon an agreement reached between him and his neighbor’s family, he agreed to compensate 60,000 yuan (US$ 8,720).

Laughter may be able to reduce one’s stress and risk of a heart attack but in this case, it becomes one’s cause of death.

A Mexican blog posted a picture of a med resident asleep...